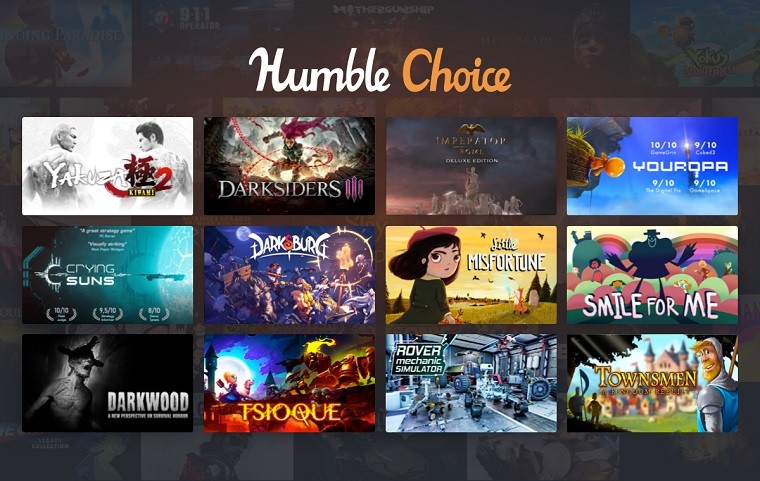 Just as the first Friday of the month passes, Humble has introduced yet another Choice selection, bringing in 12 games that you can pick from depending on the subscription tier you opt for.

Here are the choices available for the month of November:

Selecting three games from the selection will set you back $14.99, while nine games will cost $19.99. Meanwhile, anyone with an active Humble Monthly classic subscription can grab 10 games for $12.99 instead. This selection of games will be available on Humble until December 4.

That's not all for bundles, as Fanatical brought forth its new Killer Bundle 14 this week, which offers you nine games for $4.99. The titles include the recent Peaky Blinders Mastermind, Close to the Sun, Project Cars GOTY edition, and RollerCoaster Tycoon: Deluxe, among others. There's also a new build your own bundle on the store, which offers games like DiRT 4, Ancestors Legacy, and SpeedRunners, with pricing at $1 for one game, $2.99 for five, and $4.99 for 10. 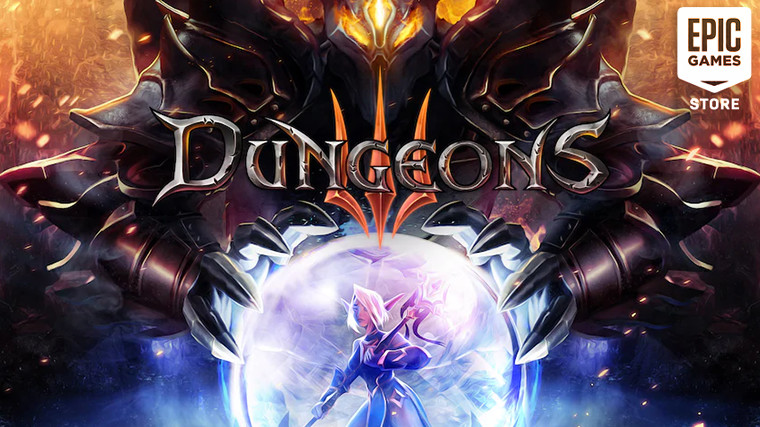 You may notice that this week's Epic Games Store giveaway isn't what was promised last week, that’s because Wargame: Red Dragon's arrival was postponed at the last minute. Dungeons 3 has now landed as the replacement giveaway, taking the place of Blair Witch and Ghostbusters from last week.

Dungeons 3 arrives as a strategy and management experience that has you taking the role of an evil conqueror. There are underground lairs to construct and monsters to recruit, all the while defending against incursions and leading conquests across the overworld.

You can grab a copy of Dungeons 3 for free through November 12, and if plans don't change, Epic will start a giveaway for The Textorcist next.

Meanwhile on the Humble Store, the 2D side-scrolling management title Kingdom Classic is currently being given away also. This has been a part of an Epic giveaway in the past, but in case you missed it, this is another opportunity to add it to your library, this time on Steam.

Over on the free events section, you can try out two games for free this weekend.

First up is ARK: Survival Evolved, the dinosaur-involved popular multiplayer survival title from Studio Wildcard. The base game is free to play until Monday, November 9. Also free-to-play for the weekend is Blazing Sails, a pirate-themed battle royale title that includes both first-person and ship combat. This free session will end on Sunday, November 8.

Halloween sales are now behind us, and up until the autumn sales come barging in there will be some downtime for massive sales. Even still, this is a great weekend for city-building and management sim fans, plus Fanatical is going big for its 25th-anniversary sale. Check out our list of big deals below:

As is usually the case, there are plenty of DRM-free games having sales this weekend also.

And that is it for our pick of this weekend's PC game deals folks, and hopefully, some of you have enough self-restraint to not add even more games to your growing backlogs. Of course, there is an enormous amount of more deals ready and waiting all over the internet if you comb through it hard enough, so keep your eyes open for those, and have a great weekend.