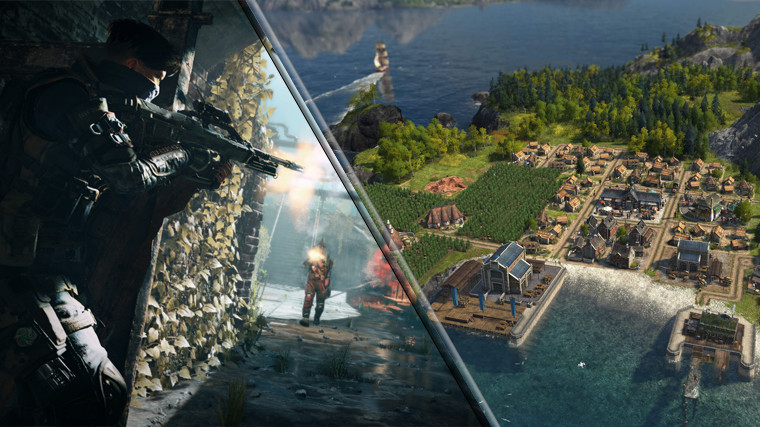 Not much has happened during this week in the deals and bundles departments worthy of highlights, so let's just jump straight into the free events section, which has two games available to try out for free this weekend.

Although it's not a free weekend, Ubisoft has pushed out an open beta for Anno 1800, its upcoming city-building title. You can try out the game via the Uplay client until citizen progression hits tier 3, with access to the first act of the campaign and multiplayer available. The open beta is slated to end on April 14.

And then there's the ongoing Call of Duty: Black Ops 4 free month on Battle.net, which lets you try the Blackout battle royale mode until April 30. What's changed from last week, however, is that the new zombie-infested Alcatraz battle royale map is now available for PC players to try out for free as well.

It's now EA's turn to have a spring sale, with the publisher discounting a bunch of its popular wares on its Origin store. Just remember that the $4.99 per month Origin Access subscription has many of these games included if you want to go on that route.

Microsoft also kicked off its spring sale recently, and you can find our highlights from its PC games section below. Moreover, a three-month Xbox Game Pass subscription can now be had for $1, available to anyone who's not currently enrolled in the program. As a PC player, you primarily get access to Microsoft first-party games like Forza Horizon 4, Sea of Thieves, and Gears of War 4, among other titles.

On to the DRM-free deals this weekend, which is again populated by GOG store offerings as usual. In addition to the below highlights, you may also want to check out GOG's "Japanese-Themed Games" sale If you're interested.