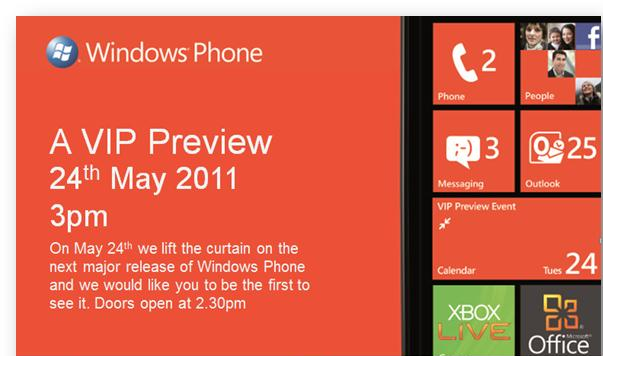 In the next hour Microsoft will be taking the wraps off the new major release of Windows Phone 7 OS. The update, rumored to be titled "Windows Phone OS 7.5" -- or "Mango" -- comes with a major new set of features, which are rumored to include OS-wide chat, linked inbox, conversation view, multitasking, full IE9 support and more.

Neowin will have teams covering the London and New Zealand launch events at separate times, a few hours apart.

Make sure to check our coverage of what we expect to be announced at the event here.