Skype and Skype for Business is still the real deal when it comes to unified comms on a device – by unified we mean IM, media messaging, voice and video calling and conferencing, and Outlook integration – but WhatsApp is steadily making up ground. After finally getting voice calling this year, the next likely step was always going to be video calling. And it’s exactly this functionality which has been spotted in the wild. 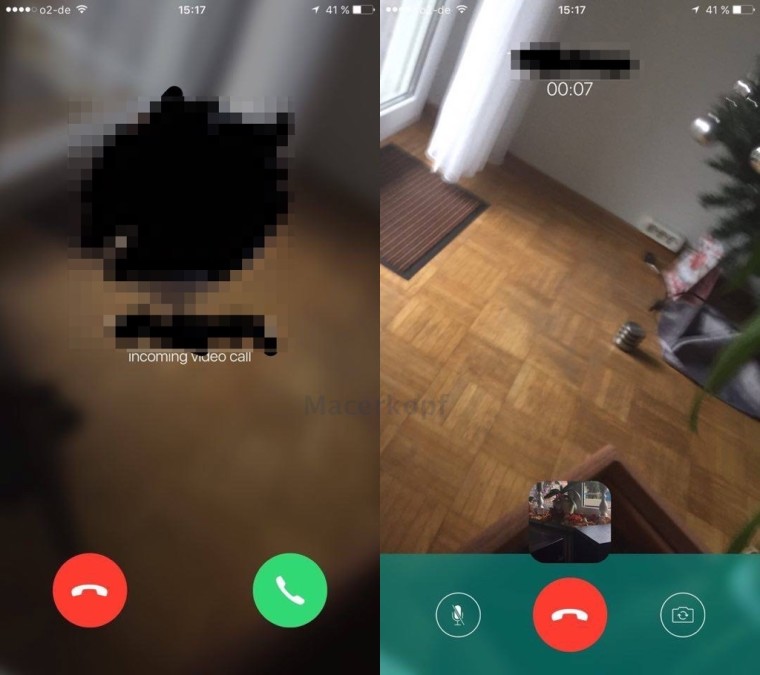 Currently, WhatsApp is sitting around version 2.12.x (depending on what phone or tablet you’re using), but with the latest 2.12.16.2 build, leaked screenshots suggest it won’t be long before we can all enjoy a little bit of WhatsApp video calling goodness.

There’s not much to surprise users. If you’ve used any other video calling app out there, you’ll know how it works; you make the call, see a picture-in-picture interface showing both the calling and called users, talk, and finally hang-up.

The screenshot shows the iOS app version, and if history repeats itself, we will get the Android version first, with the iOS and Windows flavors in the following weeks. It’s just a shame we’ve no firm date on the arrival of this functionality.

The only other question that's left is whether this comes too late or will users be tempted to switch from their current video calling app?

Let us know your thoughts in the comments below.

Source and image: Macerkopf.de | via Ubergizmo