Sniper Elite 4 is set in the year 1943 in Italy directly after the events of Sniper Elite 3. The move to Italy is nice step up from the African settings in the previous game visually while Rebellion have also promised us far bigger maps, additional killing options, new weapons and additional kill cam views. In the single player mode, you play as Karl Fairburne who must fight the Italian Resistance to help free their country from the oppression of Fascism.

Rebellion’s stealth shooter series has become synonymous with gratuitous up-close X-Ray bullet time camera trails of your long-range sniper shots. It can display bones shattering, the piercing of a vital organ or pulling/stabbing people off of ledges. If there is one thing you can guarantee with a Sniper Elite title, it is close up violence.

It is this X-Ray kill camera that has made the series so popular, despite the budget undertones that have filled the rest of it. The improvements made to the X-Ray camera are what most people will end up being interested in and fans won’t be disappointed.

Before I get into the deep details of the game, the new features of the X-Ray kill cam are shrapnel and melee kills. Shrapnel kills come into play when you blow up a barrel or truck, fragments of metal fly off into varying directions and enter the enemy’s body shattering bones or just ripping them to shreds. The melee kill cam offers up a slow-motion X-Ray view of close combat such as knife kills or a punch to the face, though these are a lot less satisfying than a bullet to the bollock, heck there is even an achievement for ensuring that Hitler ends up with one ball. 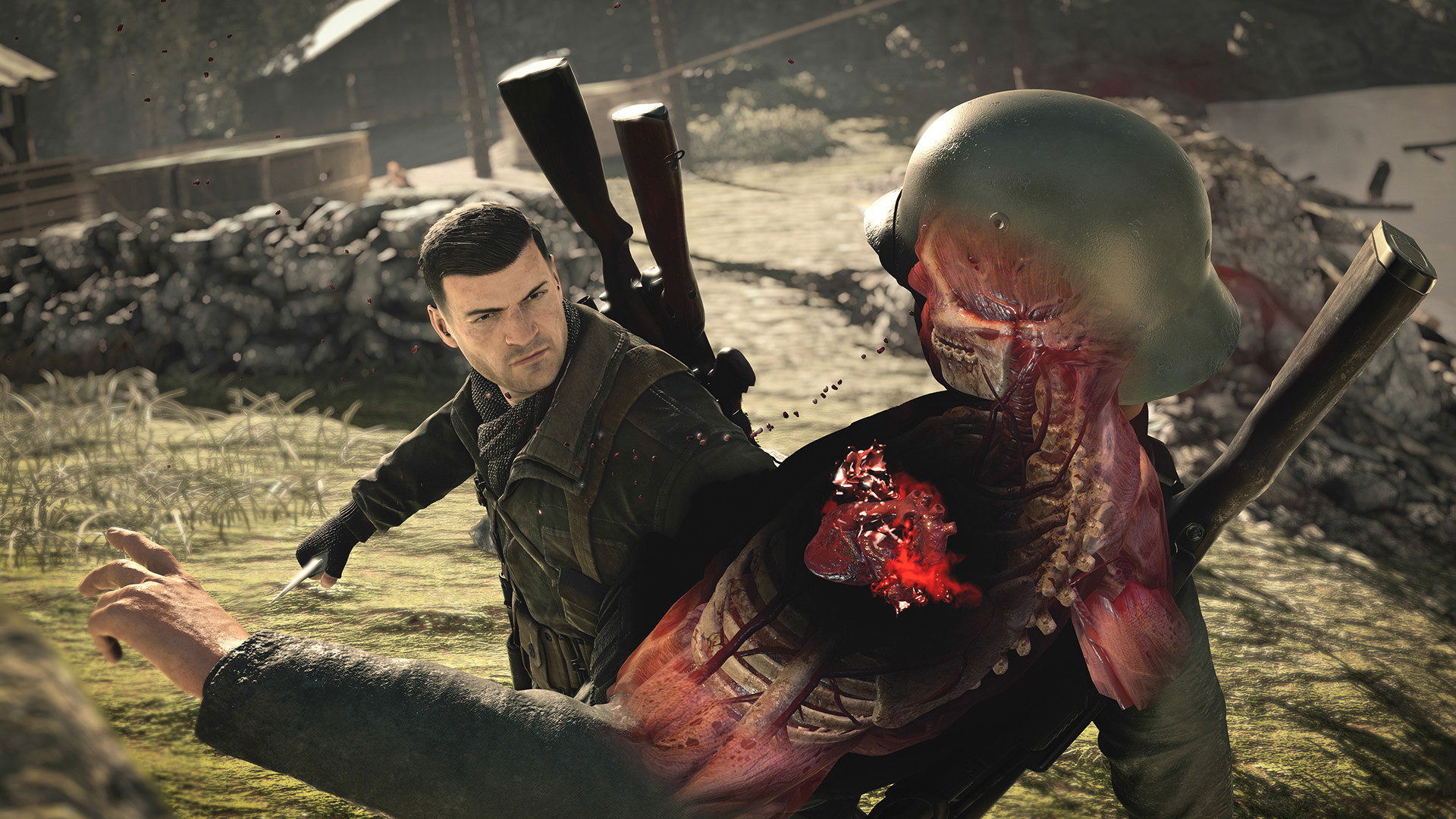 Apart from the X-Ray camera, most other improvements are more subtle. Firstly, we have far larger levels. Rebellion says they are up to five times larger than those seen in Sniper Elite 3 and I have to agree with them. The open spaces make a huge difference in the kind of tactics you use and allow even further long range shots with your sniper rifle. The size of the maps also makes you feel like you are taking on a much larger mission and one that is far less linear than those that have gone before it.

There are now several different moves in the game such as shimmying along edges, ledge hangs, leaping, and more. You can also now kill enemies from behind wall cover or over ledges. It all adds a little more to a game that has previously been solely focused on the sniper rifle.

I have had a lot of fun using the selection of explosives that are on offer, using landmines to booby trap bodies never gets old. The landmines are especially cool thanks to them allowing you to set them to detonate after either one or two points of pressure. This allows you to either kill off a single enemy as soon as he steps on it or to try and take out a group.

Going back to the weapon of choice – the sniper rifle, I have found a love for using the suppressed rounds as much as possible. This lets you make far more use of the sniping feature than ever before as you no longer alert everyone to your presence over and over again, the only issue I had with this offering is that perhaps there are just too many caches of suppressed ammo available on each level.

AI seems to have improved quite a lot since the previous title, enemies tend to react a lot faster to sounds and no longer just walk off quickly afterwards. Enemies also triangulate your position which can really send you off into a panic when you have accidentally shown yourself to them. It’s not perfect by any means but it is a good step up from Sniper Elite 3.

Now the game has moved to Italy you have coastal towns, huge structures, forests and massive mountains. It is a nice step up from the African settings in the previous game. Sadly, despite improvement over Sniper Elite 3, you still don't have much of a story and you really shouldn’t buy Sniper Elite 4 expecting miracles from the dialogue either.

There are a host of collectibles to pick up throughout the levels, although once again you are more likely to just collect them to try and bag achievements/trophies rather than to follow any kind of story.

Multiplayer has quite a large array of game modes for co-op and competitive modes. Control has your team battling over moving control points and far less focus on sniping. Survival is co-op based and plays very much like horde-mode multiplayer games The rest of the multiplayer modes tend to favour sniping. 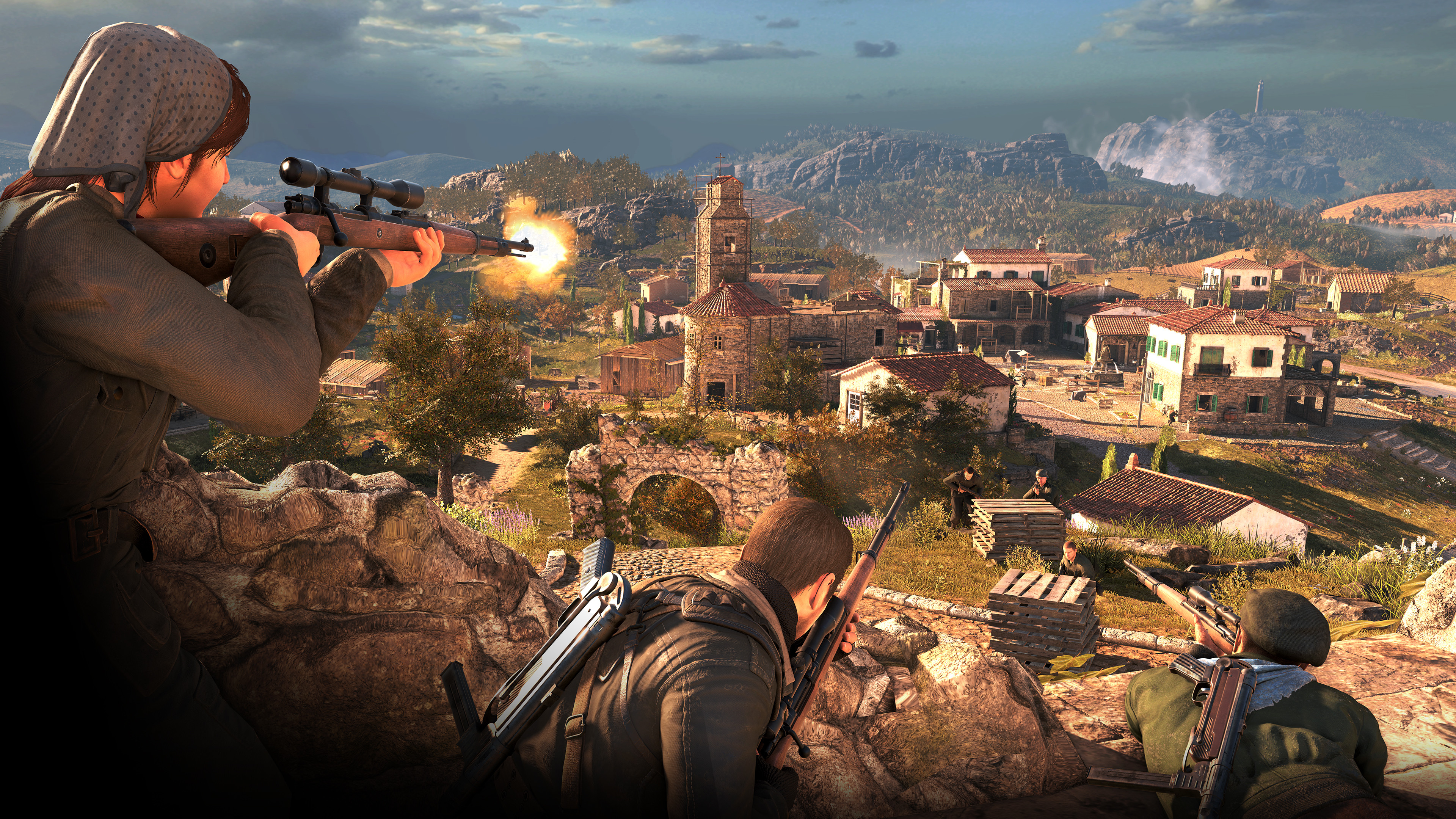 During my time with the game there wasn't a great deal happening online, though this was mostly due to the early release code I had been provided. Since launch, things have improved and there is a decent community of players out there and very few online connection issues showing up on any of the formats I have played the game on.

Graphically the game is an improvement over Sniper Elite 3 mostly due to the increased draw distances, improved textures, and a better and more colourful setting. Character models are what suffer the most graphically though and they unfortunately show the age of the engine being used, though they are mostly an issue during cutscenes which many players are likely to skip through anyway.

I have played the game on the Xbox One and PS4 Pro – both have minor issues, the game seems to try to aim for unlocked 60fps on the PS4 Pro and can rarely ever reach it, thus the frame rate feels sluggish. It would have been far better to lock it to 30fps all the time to stop that issue, but on the positive side the game does look far better than the Xbox One version.

Sound and music do their job, but there was nothing here that blew me away (excuse the pun), bullets out of guns sound good, the clang of metal as a bullet pierces a helmet or the tearing of skin are also decent but this isn't a game that you will be praising audio wise. The voice work is ok, though once again nothing to write home about, though the poorly written dialogue doesn't help things either. What is disappointing is that the various collectible notes and letters are not read out to you, I have nothing against reading things myself, but the option of hearing someone reading out the words may have improved things.

As is usually the case with Sniper Elite titles and no different here in Sniper Elite 4, it’s fun for quite a while thanks to the X-Ray kill cam, but you do feel its overly repetitive the more you play. That isn’t to knock it too much though as I have had a lot of enjoyment out of the game both offline, especially if I came into it at an hour at a time. Sniper Elite 4 is far and away the best in the series. 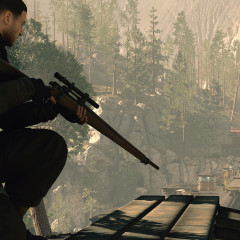 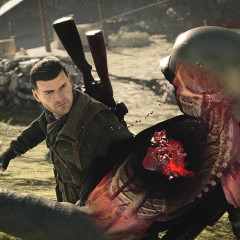 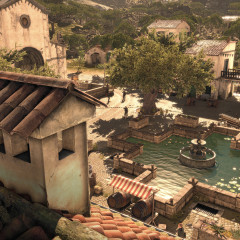 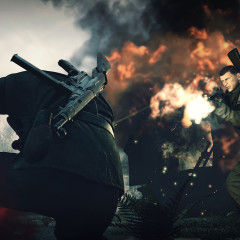 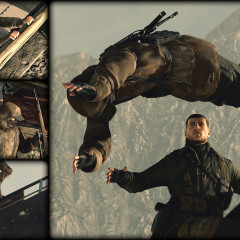 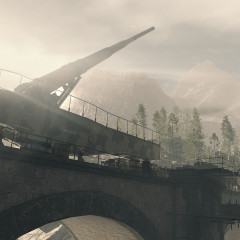 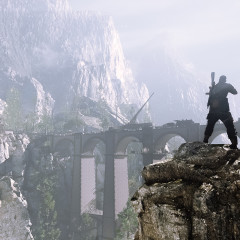 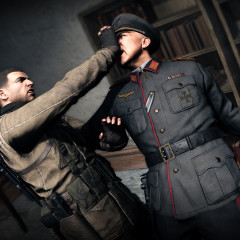 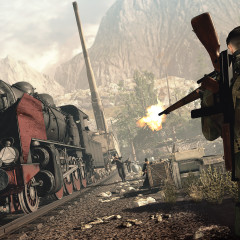 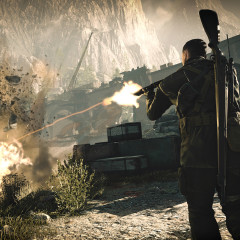 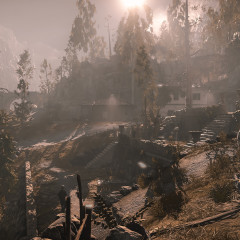 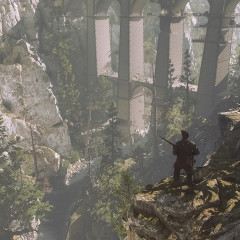 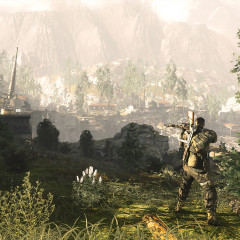 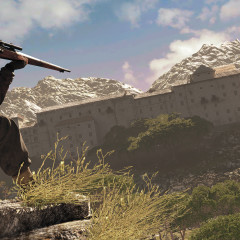 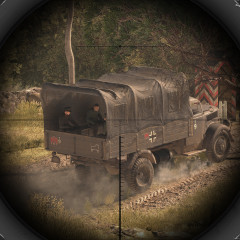 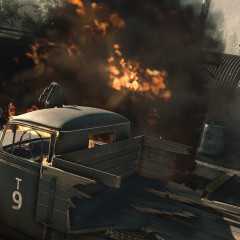 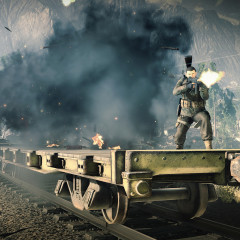 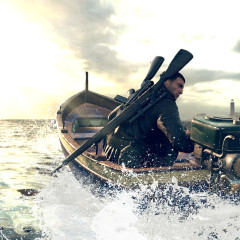 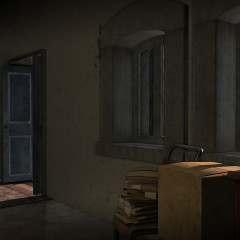 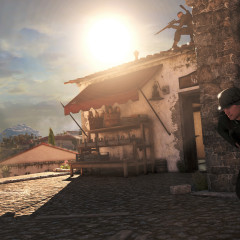 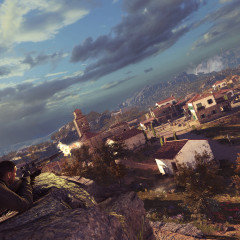 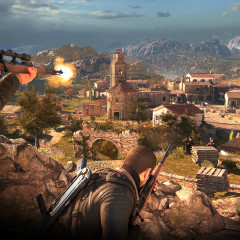 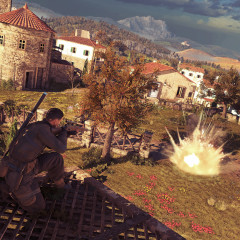 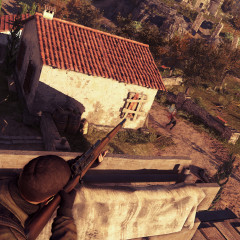 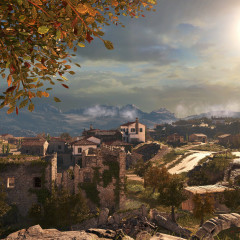