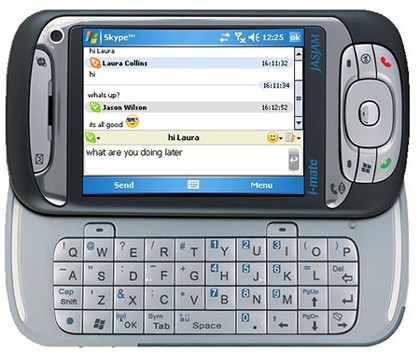 It was only a matter of time before Skype sold itself to the highest bidder. As multiple communication technologies continue to coalesce and converge onto singular and all-inclusive platforms, it would be abnormal for Skype to keep existing as a standalone VoIP service that also has a side business in cheap VoIP-to-phone calling rates. It may be big, but Skype realized that it may have a brighter future as part of a larger conglomeration of technologies. As the bidding war ends, and one company comes out on top, the question on everyone’s minds now is: Why Microsoft?

Well, for starters, look at the competition. Google is in the process of rolling out its trump card in the mobile instant messaging game, Google Voice and Video Chat for Android. A natural converging progression of its continued interest in VoIP services (see Google Voice), Voice and Video Chat -- assuming the product makes it out of being an Android 2.3.4 exclusive service – is basically foisting pseudo-VoIP capability onto its devices. There’s no telling if the carriers will allow such functionality on their networks, and we’ve seen from Apple’s Facetime “only over WiFi” scenario that this is more than possible. Nevertheless, it’s a strong move on Google’s part, especially since you can use your phone to chat with PC users. This makes all those front facing camera phone purchases worth it, even if your friends and family are stuck with only rear cameras. Apple, with Facetime, was already miles ahead of the game when they released this late last year for both iOS and Mac OS.

Microsoft, still faltering in the early stages of WP7, needed something to give them a leg up in this very important technology space. For a marketing platform that’s trying to make up for the KIN’s abject failure by promoting the social aspects of the OS, it’s vital to get mobile video (and voice) chat up to speed with the competition. It also needs to hit the ground running. Both Apple and Google have established and mature products to drive mobile A/V communication and further blur the lines between mobile device and PC. With WP7 still hot off the presses and barely beginning its update cycle, now would be a horrible time to debut a brand new communications product on a platform that is hardly mature and solid enough to handle it. There’s no question that Skype will become standard on WP7 devices. The only real question is if and how it’s going to implement Skype video calls. Like we saw with Facetime, it’s not so simple to get carriers to agree with free video chat over 3G networks.  Google has only released Voice and Video chat to an extremely small subset of its Android devices (Nexus S devices that will be first to upgrade to 2.3.4). There’s no telling what the carriers will say to future expansions of that product. Microsoft will likely face the same hurdles.

Microsoft also needed Skype to really tie down its collaboration plans for the Office suite, Lync, Xbox Live, and other connected products. Microsoft has shied away from implementing its usual policy of fully integrating and subsuming its acquisitions into established bureaucracies and operations, opting instead to create a separate Skype business unit headed up Skype CEO Tony Bates. This means that Skype won’t become just another Microsoft technology that used to be a distinct entity. We’ll likely see the Skype brand plastered across Microsoft products and services, with Skype functionality heavily integrated into existing products, like Outlook, Social Connector, and Xbox Live. Looking across the spectrum of Office desktop and mobile products, there is a lot of potential for a service like Skype to become the glue that creates a nice backend to all the various social tools. 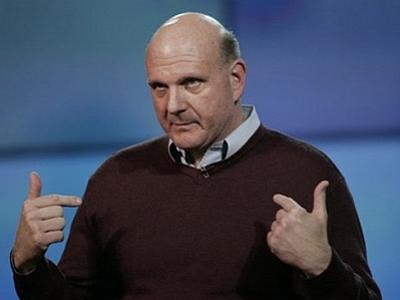 It’s interesting to note that the competing bidders had little to no stake in actually going through with the purchase of Skype. Google is going its own way in the VoIP department, and is well on its way to becoming a major player in that realm with Google Voice and Android. Facebook, while in need of a video chat service, actually gains a lot from Microsoft winning the auction. After all, the partnership that Facebook and Microsoft agreed to late last year ensures that Bing will become an integral part of the Facebook experience. You can bet that Skype will become a ubiquitous presence in Bing searches, which means Facebook will get some of that action. It’s been speculated that Microsoft’s bidding opponents simply knew very well that Microsoft needed Skype to stay competitive in the voice communications arena, and they knew Microsoft would pay a lot of money to get that edge. The competition wasn’t going to let Microsoft get Skype without paying a hefty fee for it, and a hefty price it was indeed. This acquisition becomes the most expensive Microsoft has engaged in to date, and for a commnuications product that hasn’t proved itself to be profitable in an enterprise setting, a setting that Microsoft is sure to be aiming the new Skype at.

And profitability, ultimately, is what Microsoft needs to accomplish with Skype. While they do gain a hefty 600 million Skype users to squeeze revenue from, Skype has always been about a free service with a very cheap micro-transaction based VoIP service for its heavy users. While Skype will be useful to Microsoft in converging some of their social and collaboration tools, how it is going to profit from Skype is a question that remains unanswered. While purchasing Skype seems like an obvious move for a company looking to expand its social communication functionality, the bottom line will ultimately decide the sustainability of the largest purchase in the Microsoft’s long history.