History has not been kind to Microsoft's Zune.

Despite being killed as a brand last year – and killed as hardware in 2011 – the Zune name still remains the brunt of many pop-culture jokes. The Simpsons disparaged the Zune music player last year, and Saturday Night Live did the same last month.

Microsoft's Zune portable music players were well received critically, despite the consumer perception. When the Zune HD was released in 2009, for instance, CNET gave it a score of 4 out of 5 – the same score it gave the 2009 iteration of the iPod touch. The devices were primarily known for providing strong audio quality as well as long battery lives. Similarly, the Zune Pass was mostly praised by those who used it.

Though the reviews were almost universally positive, however, the Zune hardware never caught on. It’s possible that had to do with the original Zune players appearing to be iPod knock-offs (the Zune 30 featured a circular input button that look similar to the iPod’s).

Another issue down the road came when the Zune HD, Microsoft’s competitor to the iPod touch, was released without much in the way of app support. Granted, the company never claimed the device would compete with the iPod touch in the app realm, but the lack of forward thinking in the app category likely cost Microsoft some potential purchases. 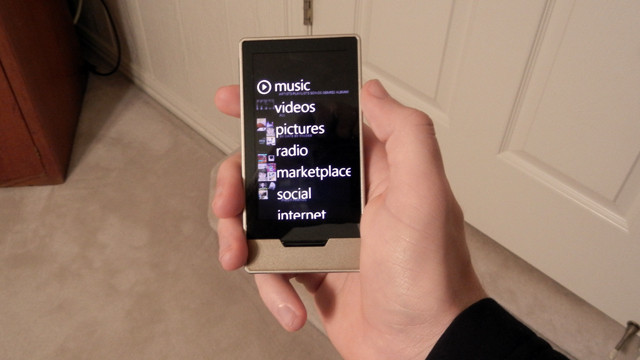 My Zune HD is still pumping out great-sounding music after more than three years.

The actual capabilities of the devices weren’t the problem, though. The problem came down to perception, and for whatever reason, the Zune brand as a whole had a horrible consumer perception – and it’s still hated to this day for some reason.

When I purchased a Zune HD shortly after its launch in 2009 – well aware of the lack of support it would have in terms of apps – not a single person thought I’d made a wise decision when informed I’d purchased the device.

“Ew, I don’t like Zunes,” one friend even told me, despite having never used one. A similar response came from a laughing co-worker. When I showed people the device, however, the response was always different – always positive.

People hated the Zune HD without having ever even using it, yet their opinions changed when shown the device.

At the end of the day, people who used a Zune music player knew it was a quality device. It far surpassed the sound quality of Apple’s iPod line, had an easy-to-use interface and was cheaper than the equivalent iPod to boot. Still, that didn’t change perception – something that continues to make the Zune brand the brunt of pop-culture jokes, likely from people who haven’t even used a Zune.

Since the Zune was killed off, Microsoft seems to be changing its tactics as a result of the brand’s failings. But what if consumers have caused Microsoft to focus more on perception and less on the quality of its music and video products and services?

Now Xbox is the company’s catch-all entertainment brand, encompassing games, music and video. But while Xbox has alluring console gaming hardware and services, the same can’t be said about everything else Microsoft is slapping with the Xbox logo.

The Xbox music and video app on Windows Phone shares a similar interface to what was found on the Zune HD, and the Xbox Music Pass is essentially just a rebranded Zune Pass with some changes here and there. But beyond that, it’s the small things that are missing from the Zune software and hardware.

For one, the Xbox Music and Video apps on Windows 8 and Windows RT are fairly terrible. Microsoft’s proven it can make great media software, but for some reason these apps were released in incomplete states.

The Xbox Music app has a poor interface that makes navigation a pain in the ass. There’s no quick way, for instance, to get to artists that start with the letter “Z” in a personal music collection – you have to scroll all the way to the bottom. Beyond that oversight, there are plenty of other issues that users of the app are more than willing to point out. 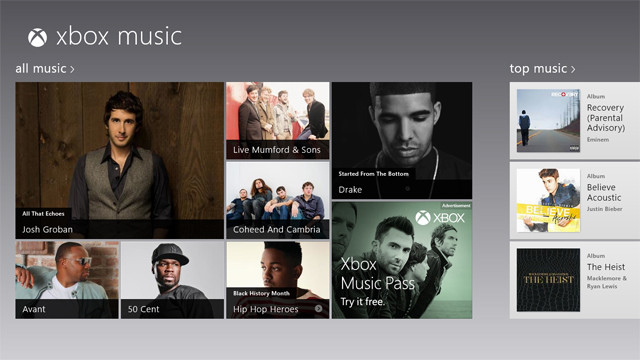 The initial reaction to the Xbox Music app has been less than stellar, to put it mildly.

Similarly, while much isn’t required of a video app, the Xbox Video app makes managing a library impossible. Personal movies can’t have their titles edited (that requires a trip to the desktop), and they can’t be added to the “Movies” or “TV” tab – they’re relegated to being classified as “other.”

If that wasn’t bad enough, HD movies purchased on an Xbox 360 won’t show up in the Xbox Music app for Windows 8 and Windows RT, even though Microsoft says they’re supposed to. The problem has persisted since launch, and despite user complaints, Microsoft hasn’t acknowledged the issue. Paul Thurrott even brought the issue up in an article published last month.

My Zune HD hasn’t died yet, and I plan on using it until that unfortunate day happens.

When my Zune HD does inevitably meet its demise, I’ll pour one out for my dearly loved homie, as it doesn’t deserve to live in a world where it’s less respected as a brand than Xbox’s non-console entertainment offerings.