Using Windows 10 with a metered Internet connection is becoming much more user friendly thanks to a new feature called Data Sense that we reported this morning before the build was released. The new feature is now showing up in the latest version of Windows 10 that Microsoft pushed out today that brings the build number up to 9860.

To access the Data Sense feature, you need to open up the modern settings window which you can do by opening the start menu and search 'settings'. On the left side of the settings pane, you have three options: Overview, Usage, and Settings. 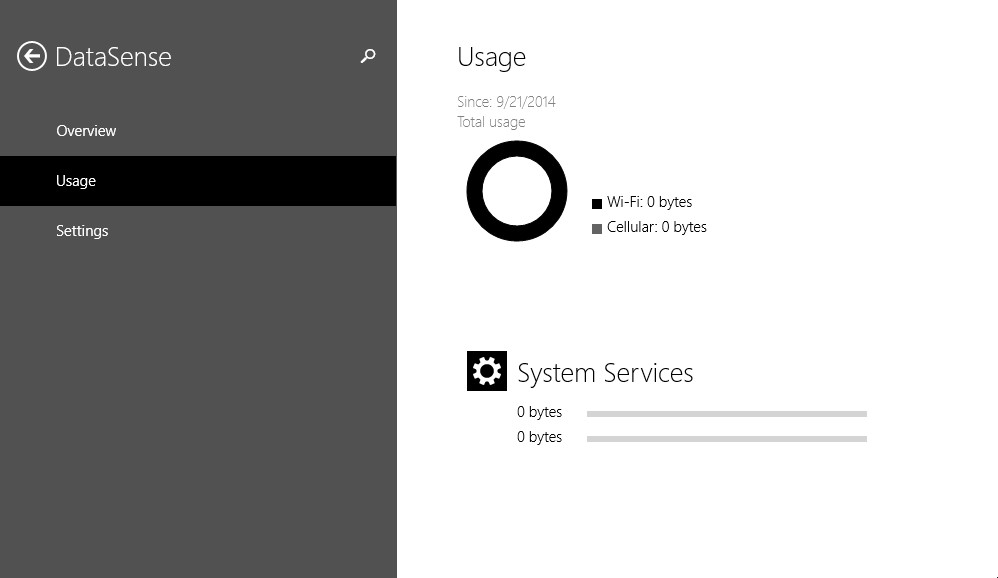 As of right now, Overview and Usage are roughly the same thing but that's because the feature is not fully turned on in this build. While you can access the settings, they are not actively populating.

Usage is where Microsoft will show the individual apps that are using data so you can keep tabs on which applications impact your data cap the most. This will be key in trying to keep your usage under a data cap when tethering or if your home-based broadband imposes caps too.

The settings tabs has three options, shown above, but none of them can be turned on. Like the Battery Saver advanced settings, these functions will be turned on in a later release. The limiting of data specifically while roaming will help keep your wireless bills under control as we have seen some crazy numbers when using data while roaming.