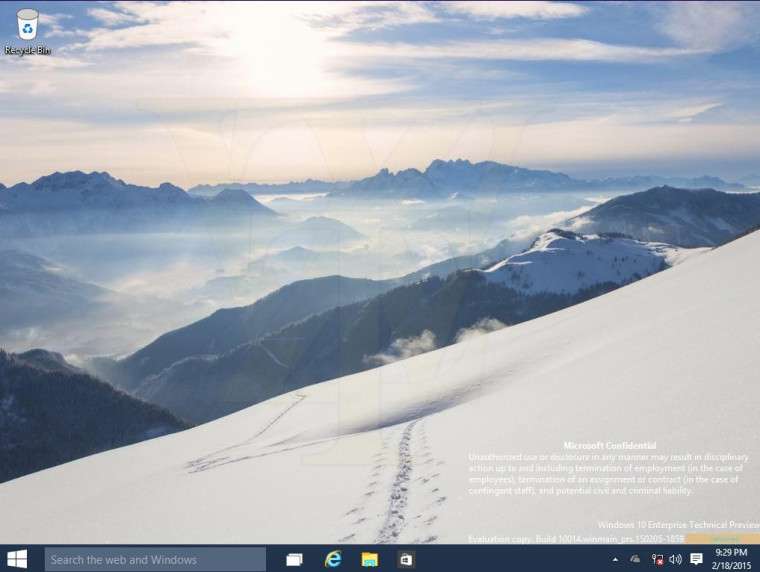 Microsoft has been releasing Windows 10 builds at a fairly steady cadence and because of this, leaks of Windows 10 builds have been far fewer than previous versions of the OS. With that being said, images of build 10014 have shown up online but don't show much besides providing confirmation that the new recycle bin icon will arrive in an upcoming release.

The images were posted by Wzor and as you can see, there is not a lot new in the builds from what was released with 9926 back in January. You can see the new recycle bin icon and that's about it. 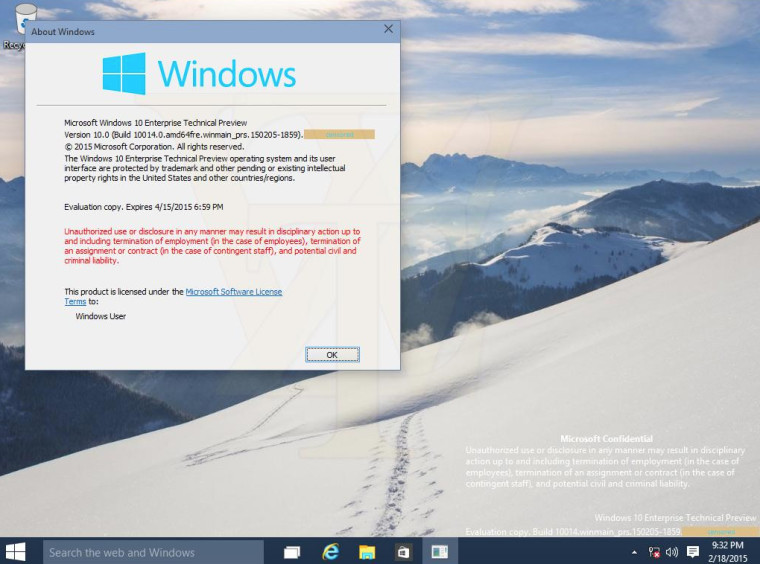 Many expect that Microsoft will release another build of Windows 10 this week but nothing official has been confirmed at this time. We do know that internally most employees are using build ~10021, so these images are a bit older than what is being used today.

Seeing as this build is now fully outside the walls of Redmond, it does increase the chance that it will leak to everyone.

Microsoft is steadily progressing towards a release of Windows 10 later this year and the current target is for the month of June to have all coding completed. While timelines can slip and there is a lot of work to be done between now and RTM, the OS is coming together quickly.