It has been almost three weeks since Windows 10 Insider Preview build 10547 was rolled out, and just a few days ago, the screenshots of build 10551 were also leaked, promising enhancements in Microsoft's Edge browser. Today, build 10558 has leaked online courtesy of famed leaker, WZor. 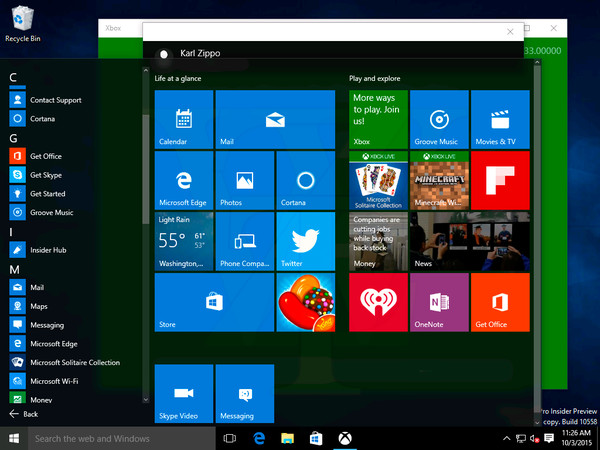 It is yet unknown whether this is the candidate build which will be making its way to Windows Insiders, but one thing that can be said for sure is that it isn't expected to drop before Microsoft's October 6th event, where the company plans to unveil the Lumia 950 and 950 XL, an updated version of its Band wearable, as well as the Surface Pro 4 and its (renewed) vision for Windows 10 across those devices.

As with most leaked builds, this one isn't directly from Microsoft and given that WZor often leaks 'modified' builds with additional tweaks and customizations over the original versions that Microsoft compiles, we wouldn't recommend the installation of this build.

Source and image: WZor via Windows Central
It is Neowin editorial policy not to provide links to leaked software.