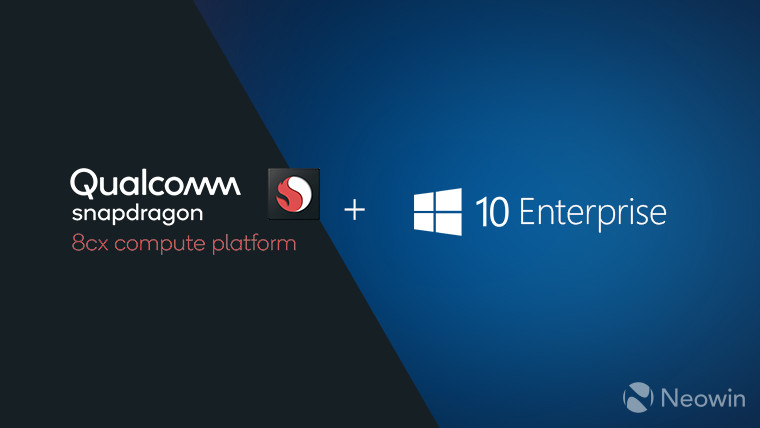 Qualcomm announced its latest chipset for Windows 10 PCs today, the Snapdragon 8cx. Unlike previous iterations that were derived from mobile SoCs, this one is built from the ground up for PCs, and it's meant to compete with a 15W Intel Core i5.

Other than the obvious performance benefits, one of the key points is security. With integrated 4G LTE, users can be connected wherever they are without the concerns that are presented by public Wi-Fi networks, which are often insecure. After all, connectivity is increasingly important in a world where more and more businesses are moving to the cloud.

Naturally, businesses tend to have their own apps and services, and Qualcomm is working to help them move those apps to native ARM64. The Snapdragon 8cx won't be shipping on new devices until the third quarter of next year, so Qualcomm will be working with partners, OEMs and customers alike.