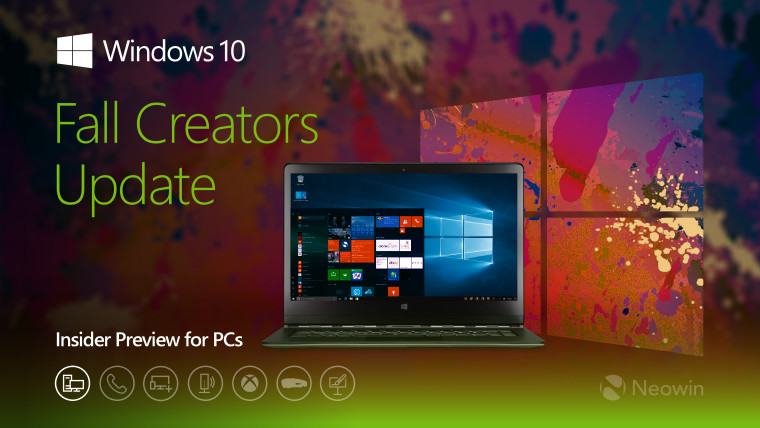 Today, Microsoft released this week's Windows 10 for PCs Insider Preview, build 16237. It replaces build 16232 in the Fast ring, which was released nine days ago. In fact, less than a day ago, 16232.1004 was offered up to the Fast ring, only bringing with it an updated binary for Notepad, and as was noted yesterday, this cumulative update will no longer be available now that there's a new build.

While build 16237 does come with some new features, it still doesn't include Timeline or Pick up where you left off, which were announced at Microsoft's Build 2017 developer conference. Unfortunately, those features were postponed, and won't be arriving until Redstone 4.

PDF read aloud: With the read out loud feature for PDF, users will be able to read aloud any PDF document with word and line highlighting.

Other improvements to address your feedback including:

No more logging out to fix blurry desktop apps: Hey, do you hate having to log out and back in to Windows to fix blurry desktop apps after docking, undocking, or remoting? We do too! In this flight, you only have to relaunch these apps in order to have them render crisply. If you have a high DPI display (a 4K display or other high dots-per-inch (DPI) display, such as Surface displays) and change the display scaling value in any way (this can happen when you dock/undock, remote from a device with a high DPI display, or otherwise change the display scaling setting) most desktop apps become blurry. This is due to 1) the apps don’t respond to a DPI change notification, because they haven’t been updated and 2) Windows keeps the display scaling/DPI data that it reports to apps constant until you log out and back in.

In this flight we’ve changed the way that Windows provides DPI-related information to these applications such that each time one of these applications starts, they’ll get updated data from Windows. This means that for these applications, you simply re-launch them in order for them to render correctly if they’re blurry. While this isn’t what we all want: having these applications render crisply all the time, we feel that it’s a lot less painful to relaunch apps instead of having to close out of all apps and going through a log-out/log-in cycles.

Some things to note: this won’t work for all desktop apps (and doesn’t apply to UWP apps). Also, this only helps apps that become blurry after a change to the display scale factor of the main/primary display. This change, unfortunately, doesn’t improve apps that are blurry on secondary displays when in “extend” display mode. Please give this change a try and let us know if you hit any bugs. 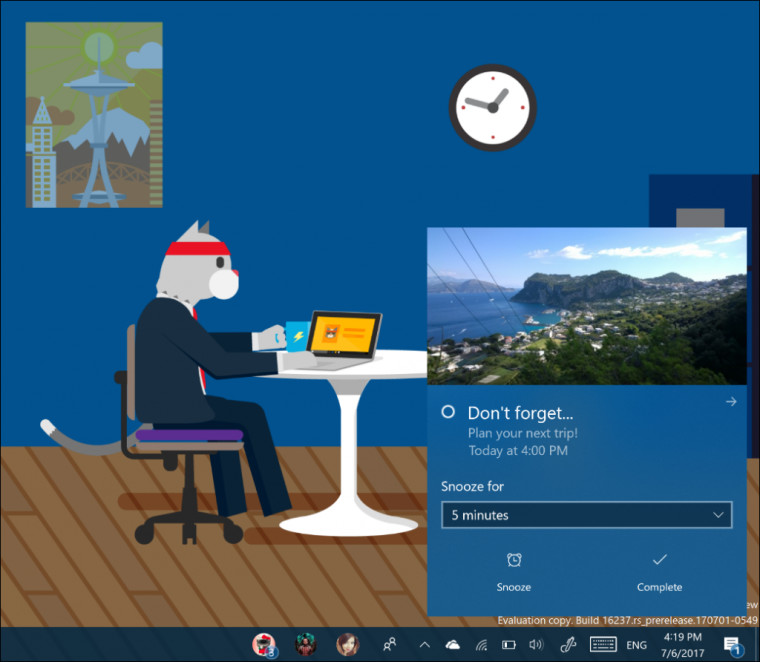 Emoji Panel turns it up a notch:

With Build 16226, we added GPU support to the Task Manager. We’ve made some improvements to the Performance tab, and in today’s build you’ll find:

You will see a new “virtual machine gallery” under quick create. There isn’t anything in the gallery yet and we’ll have more details on this in the future. In the meantime, choosing “Local installation source” will allow you to pick an image from your computer.

If you’re wondering where the options for VM Name and networking went, they’re in the “More options” section which introduces another new feature in Hyper-V. Hyper-V on Windows 10 provides a default network so your virtual machines share networking with your computer using NAT.

As you can see, there's nothing particularly major here, but there are a lot of general improvements across the board. Of course, there are also a lot of fixes and known issues.