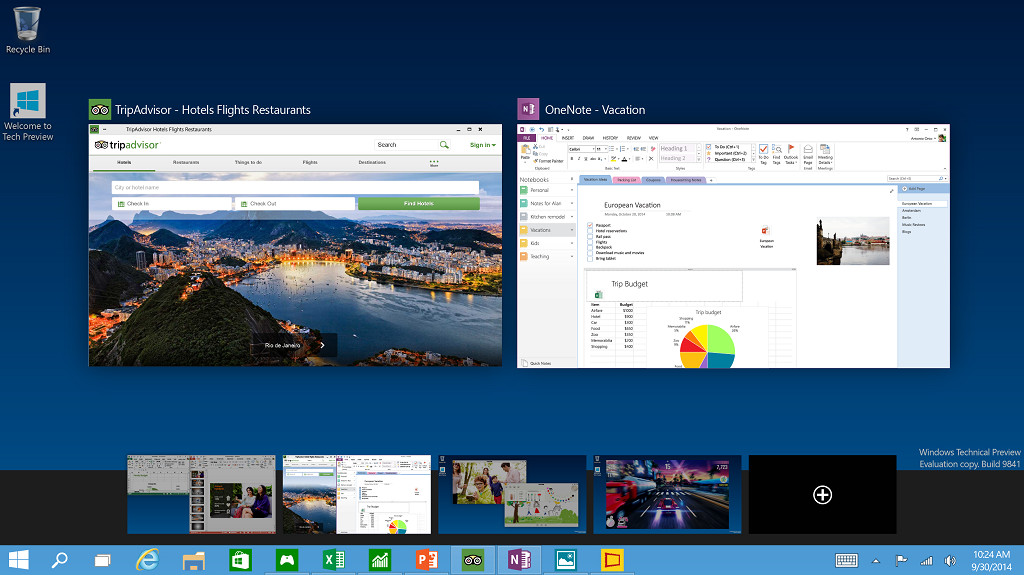 Earlier today, Microsoft announced the next major update to Windows, called Windows 10. The OS will bring with it many new features and even though we only saw the technical preview today, there will be more bits for the consumer announced in early 2015.

While it was not said on stage, at least, we didn't catch it if they did, it does look like Windows 10 will have the same hardware requirements as Windows 8. We can conclude this based off of a tweet by Frank Shaw, lead communications for Microsoft, who said that they specs would be the same.

You can view his tweet here, where Shaw was giving the WSJ a hard time about their post that says not to buy a new Windows 8 machine and to wait for Windows 10. Obviously, this is counter-productive to Microsoft's message and Shaw was chiming in to say that this advice was foolish. More so, he stated that the hardware requirements would be the same, so buying a Windows 8 machine now will not impact your ability to run Windows 10.

As a quick refresher, Windows 8.1 specs are listed below:

The specs are quite low, but that's not a surprise really. Microsoft has generally done a good job of letting low-end hardware run its latest bits and it's not like the company would make the HP Stream laptop, obsolete, before it even goes on-sale. More so, Microsoft knows the enterprise will likely not want to upgrade hardware to run Windows 10 and by making it the same as Windows 7, it's a much easier transition.

If you are thinking this is the exact same for Windows 7, the specs are nearly identical but there are a few small differences. Notably, a Windows 7 machines CPU does not need to support  PAE, NX, and SSE2 for the OS to operate whereas on Windows 8 and above, it needs these features.

We will be learning a lot more about Windows 10 over the next few days after the first public build is released but for now, you can read about everything that was announced today, here.