Microsoft’s Windows 10 is an incredible OS and certainly a worthy successor to Windows 8, with favorable critical and (most importantly) popular reception across the board. As a member of the Insider Program since its inception, I have not only seen the way Microsoft has shaped its latest operating system over the past year but also the increasing polish and improvements accompanying each new build. I still can’t help but think, though, that Microsoft could have done just a little bit more.

My main point of contention are the new, Universal Apps that Microsoft ships with the OS. Among these, my biggest gripe is with the one app I use most often: Mail. Perhaps this is just my personal experience or maybe it’s because I’m still sporting a mechanical hard drive, but the app crashes quite frequently, especially when an email contains multiple images and HTML code. Most of these are, of course, promotional materials that most people relegate to their spam folder anyway, but it is especially annoying to have to restart the app thrice just so I can see the latest deals from Lazada – the Malaysian equivalent of Amazon. This is one of the top ten issues reported in the Feedback app, and Microsoft still hasn’t done enough to alleviate the problem. 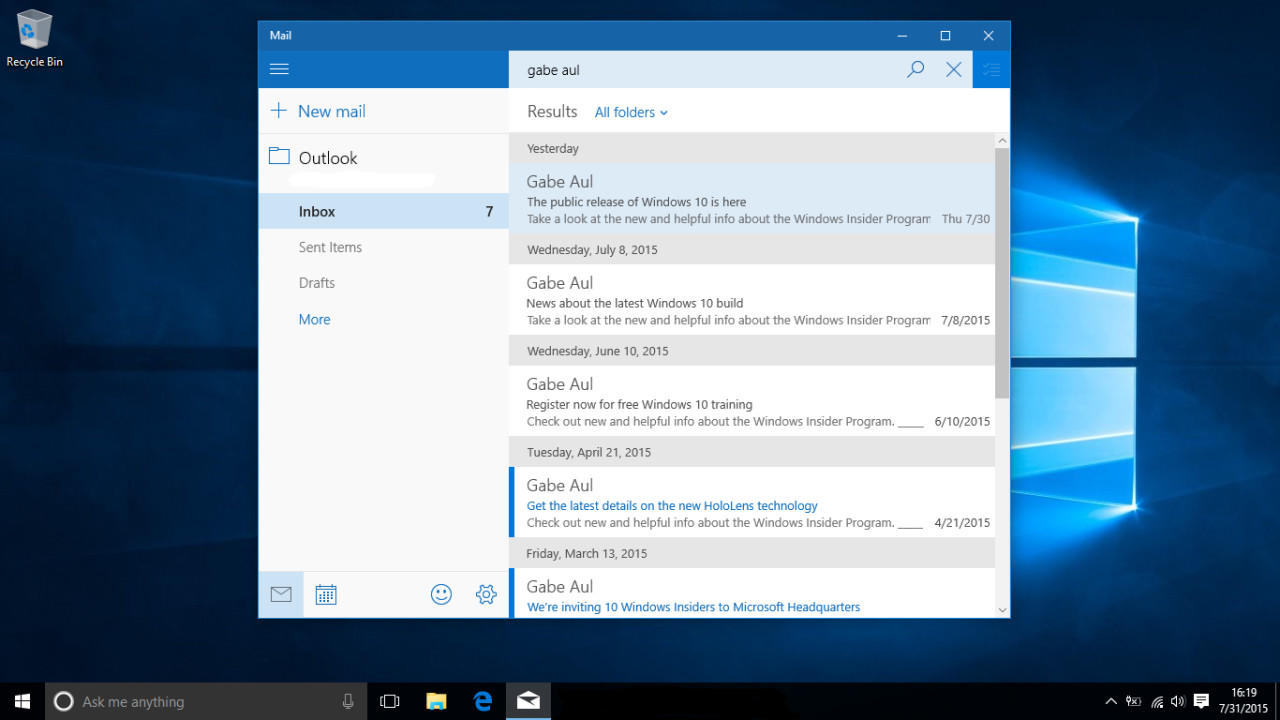 Email notifications are still not very consistent, with most emails still not registering anything in the Action Center. There are also many instances where deleting an email on the PC or the phone doesn’t translate to the other devices, meaning you have to delete emails again and again on each device. If you have multiple PCs and three phones, good luck with email management! Sent emails still show the tagline from the received email, not the one you just sent. This is, again, on the very top of the list of bugs and has still not been corrected. A unified inbox for different accounts, the most requested feature with over 2,000 upvotes, has still not been implemented.

This was OK in preview builds but is certainly not acceptable in a product that is being sold for as much as $200 for the Pro version. This problem of crashes and inconsistent notifications carries on to other apps as well, though I must admit that I don’t use them very often and that my overall frustration with the other apps is nothing compared to the rage that Mail fills me with. Edge, however, was another place where crashes were prolific, with tabs crashing and then refreshing far too often for my liking. That, along with the lack of extension support, has stopped me from embracing Microsoft’s fresh take on a browser wholeheartedly and made me stick with Chrome. 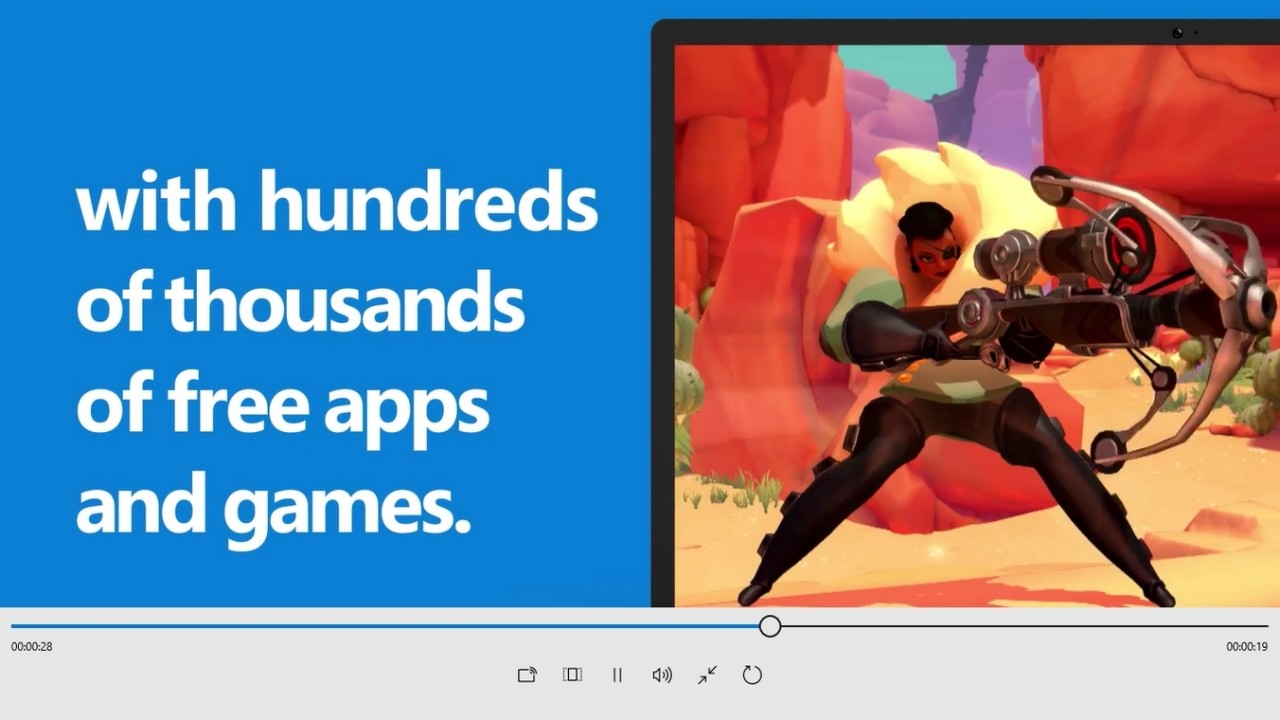 Then, there is the layout of the Movies & TV App. Overall, it’s a solid app and while I still prefer VLC, it’s not too bad for someone who just wants to buy a new tablet and start watching the latest episode of Hannibal. What does irk me, however, is that pesky panel at the bottom with the media controls. It’s just far too high – it takes up as much as 15-20% of the vertical space of my screen in full screen – for just six buttons and one slider, and you can see that by just how much white space there is. At the very least, they could have made it transparent or added some way to let you manually retract it once you’re done. Having 15% of your video hidden for 10 seconds when you only wanted to change the volume by a bit is more than just annoying because it detracts from the entire viewing experience..

A small problem for sure but it’s things like this that leave a sour taste in the consumer’s mouth and differentiate a good experience from a great one. And, I still haven’t mentioned how the Windows 10 version doesn’t have subtitle support when even the video player on Windows Phone 8.1 does. This was the most requested feature for Movies & TV and with Microsoft's older software already supporting it, it just makes no sense for them to take a step back with Windows 10. 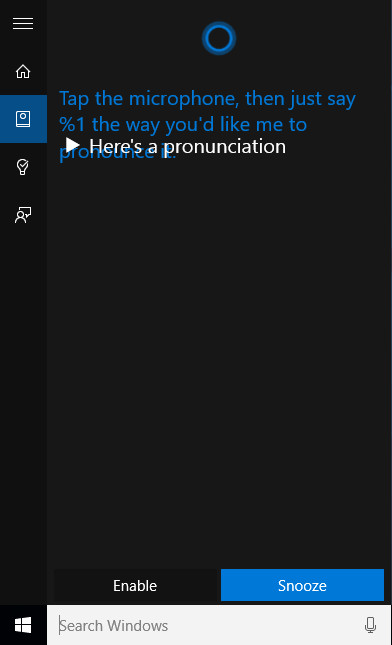 While the reviews of Windows 10 were mostly positive, there was an almost unanimous consensus that Cortana on the PC, which Microsoft is touting as one of the biggest differentiator for Windows 10, is buggy. Many have reported that despite the virtual assistant understanding verbal commands properly (indicating that it is, indeed, connected to the internet), it fails to then reply, instead giving the error that she isn’t talking to the internet right now. She also misses commands at times or simply doesn’t hear you. ‘Hey Cortana’ could also be made a little more reliable – it's very much hit and miss at the moment. Lastly, there’s the horrible text overlay when trying to change what Cortana calls you (see the image on the right).

Accentuating these problems are other, smaller nuisances, like Mail randomly having sync problems. See the picture below? You’d expect the text to expand when you click ‘More’. Instead, you get a tiny pop-up. DPI scaling is better but still not good enough. Action Centre lights up like a Christmas tree but when you click on it, there are – surprise! – no notifications! 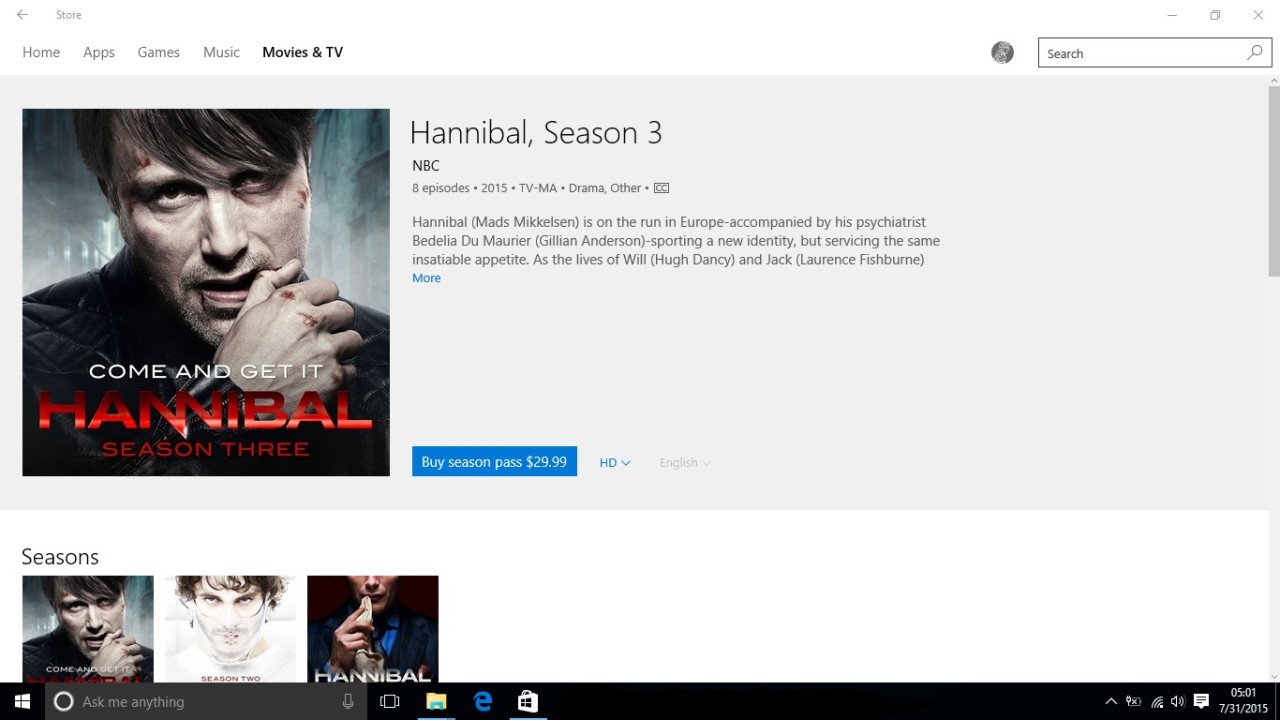 Microsoft is certainly working hard at fixing things and will continue to push updates and patches as it starts to treat Windows as a service, with one such update reportedly coming as soon as next week. Extension support for Edge, alongside more bug fixes are due in October, while Redstone and a slew of new features are scheduled for next year. That, however, is no excuse for petty bugs which could have easily been fixed. Whether or not Microsoft fixes these issues in the coming months is irrelevant for those shelling out $100-200 for a Windows license and expect performance off the bat. This is especially true since Mail is one of the most used applications and Microsoft's negligence in mitigating even the most prominent of bugs significantly hampers its newfound image as the company that listens to its customers and tunes its products to the feedback received from fans.

All these and other bugs just take away from what is, otherwise, a terrific OS. It’s so good, in fact, that even preview builds from last year warranted an upgrade from Windows 7. I've been using some form of Windows 10 as my daily driver for almost an year now and I'm certainly pleased with the performance compared to older versions of the OS. It’s just a pity to see that so many of the bugs I had seen as an Insider have persevered, even after the official launch.