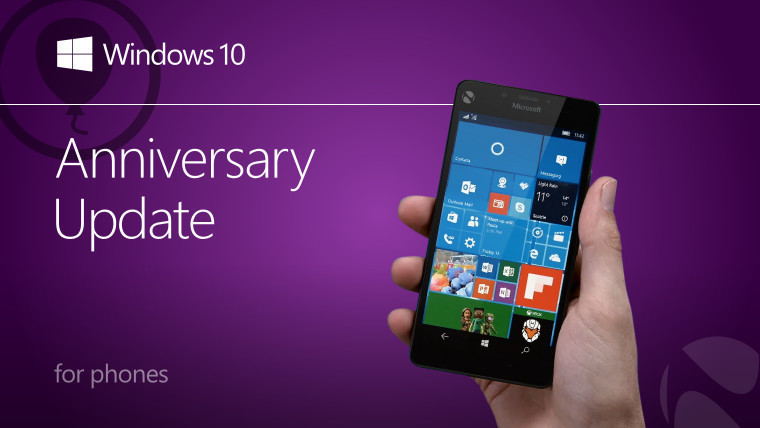 Many people were disappointed to learn that the Anniversary Update for Windows phones did not start rolling out yesterday, despite the update landing for PCs, Xbox One and HoloLens.

Now new information has come to light that suggests the update will start rolling out on August 9, which is next Tuesday. Microsoft’s official Lumia India Twitter handle confirmed the date in a Tweet.

@VinayRavipati Thanks for reaching out! For mobile, it will be available on August 9, 2016. If you have any queries, we'll be here for you!

In addition, not all Windows phones are supported by the Anniversary Update, but you can check out the list of supported devices here.

Until next Tuesday, when it will start rolling out for non-insiders, you can check out our review of Windows 10 Mobile Anniversary Update here. If you can't wait until then, you could opt in to the Insider Program, which is offering the RTM build, 14393.5, on all three rings: Fast, Slow, and Release Preview. If you're not up for the instability that could come with Preview builds, go for the Release Preview ring.

Update: Lumia India has since removed the tweet for unknown reasons, but have replied to questions regarding the Anniversary Update citing only the August 2 rollout, which does not apply to any Lumia or Windows phones.

@prasumoholkar (1/3)That's a great question! Microsoft roll out the new update August 2 gradually, meaning it will take time for the update

@prasumoholkar (2/3) to reach everyone. Usually, it can take a couple of days, and even a few weeks, for devices to download and install

@prasumoholkar (3/3) a significant update like Windows 10 Anniversary update. We're just here if you have further questions.

We'll keep you updated when Microsoft makes an official announcement for the availability of the Anniversary Update for Windows phones.