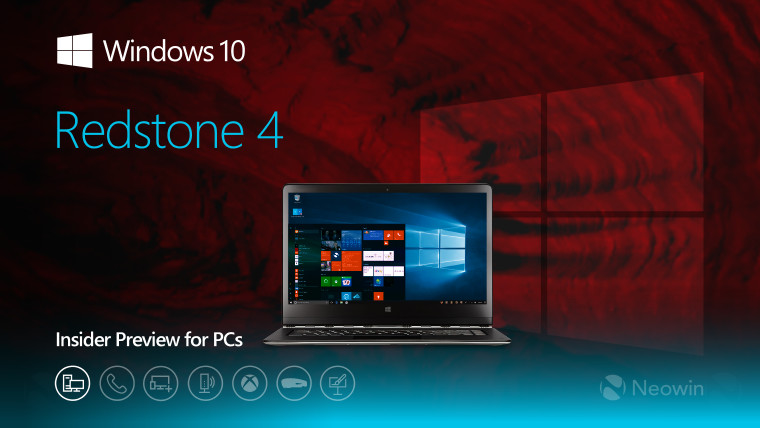 Today, Microsoft posted a note on the Windows Mixed Reality Developer Forum that says that if you're developing for Windows Mixed Reality, it's time to change your Insider settings. The reason for this is worth noting because it says that beginning tomorrow, October 10, Insiders on the Fast ring may begin to receive Redstone 4 builds, or previews of the feature update to Windows 10 that's coming after the Fall Creators Update.

The Windows 10 Fall Creators Update is slated to launch on October 17, and usually, Microsoft has waited until a feature update is launched before releasing previews of the next one. This time though, the company provided a 'Skip Ahead' option for a limited amount of Insiders, which allowed users to opt into Redstone 4 builds for a short period of time.

But now, it seems that all Fast ring Insiders will get Redstone 4 bits beginning tomorrow. Naturally, this warning shouldn't only apply to Mixed Reality developers. If you're the type that signs onto Insider Preview builds toward the end of a development cycle because it's more stable, you might want to turn off new builds now.

To stay on the Fall Creators Update, you can change your settings to only receive "just fixes, apps, and drivers", which would put you in the Release Preview ring, or you can stop receiving Insider builds entirely, since you're already on build 16299.15, which is the RTM.

Update: Microsoft's Brandon LeBlanc says that there are no RS4 builds scheduled for the 10th, but it will happen later this week.

We don't have a PC flight scheduled to go out tomorrow. But later this week... https://t.co/MaTwIrNk7l