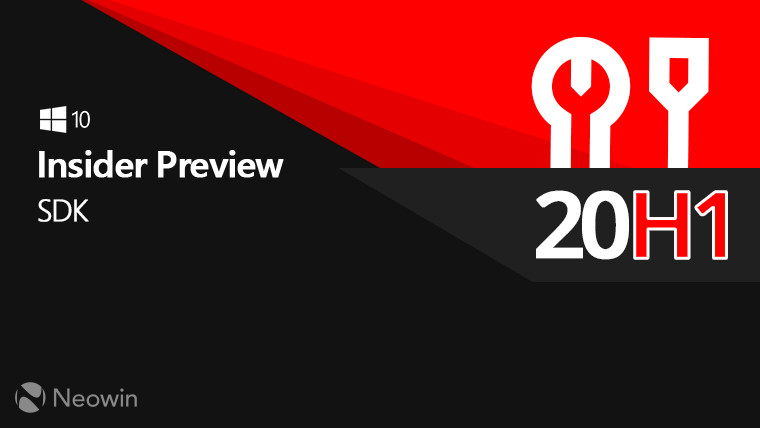 Microsoft released Windows 10 SDK Insider Preview build 18980 today. As usual, there's no blog post just yet, so there's no way to actually know what's new. It's typical though, for a new SDK Preview to arrive on the Tuesday after a new Windows 10 client Insider Preview is offered up to the Fast ring. A blog post will likely arrive later on today formally announcing the new SDK, although the company has waited days to announce builds in the past.

There's not going to be a whole lot that's new since last week's SDK. It's still from the 20H1 development branch, so it's a preview of the SDK that will be offered alongside of the feature update that's coming next spring. In other words, Microsoft is just iterating on the SDK every week until then, adding in APIs that coincide with new features as they get put in the OS.

Alongside of the new SDK, there are a few other new builds. There's a new Desktop App Converter Base Image, a new Windows Assessment and Deployment Kit (ADK), a new Windows Driver Kit (WDK), and a new Windows Hardware Lab Kit (HLK). If you just want the new SDK though, you can find it here.