Both apps received interface overhauls in 2013, bringing Microsoft's now-ubiquitous hamburger menu to each. Beyond that change, however, almost no significant usability features have been added since 2012. Even Windows 10's new iterations of the apps – "Groove" for music and "Movies & TV" for videos – remain largely unchanged. The biggest addition to either service is the ability to stream music files from OneDrive in Xbox Music. Yet features that users have come to expect from desktop media apps still don't exist, and Microsoft hasn't given any indication they're coming.

No metadata editing abilities exist in either entertainment app, for instance, so users who want to curate their music and video libraries with information or cover art will have to rely on third-party alternatives such as Apple's iTunes to do so. The sad fact is these abilities have existed in Microsoft's other bundled media app, Windows Media Player, for more than a decade. Similarly, the company's now-unsupported Zune software had metadata editing since its first release in 2006.

The Movies & TV app in particular and its associated store listings are a nightmare for anyone interested in curating his or her media library.

Managing a personal media library in either first-party entertainment app is an impossible task. In addition to being unable to update metadata within the app itself, personal videos – any videos not purchased through Microsoft's digital store – are stuck with square preview tiles regardless of the actual aspect ratio of the video or its cover art. Similarly, the online store's listings are often incorrect, ugly or overly branded. Minor errors are never corrected (the 2006 movie "Children of Men" has incorrectly been listed as "The Children of Men" since it was first released on the store), and some videos have incredibly poor cover art that looks like it's been scavenged from a search engine (the cover art for the 1999 movie "The Matrix" is clearly stretched and distorted). For users who download free content, such as 10-minute previews, libraries can quickly become a massive mess, as there's no way to remove any titles for good, including free previews.

The company's strange Xbox SmartGlass push has also resulted in duplicate entries of the exact same movies at the same price, except one of the listings will have second-screen capabilities through the Xbox SmartGlass app. Those movies also feature an Xbox SmartGlass logo on their cover art and the name in their movie title, even when they're added to a user's library, where presumably such branding would no longer be necessary. 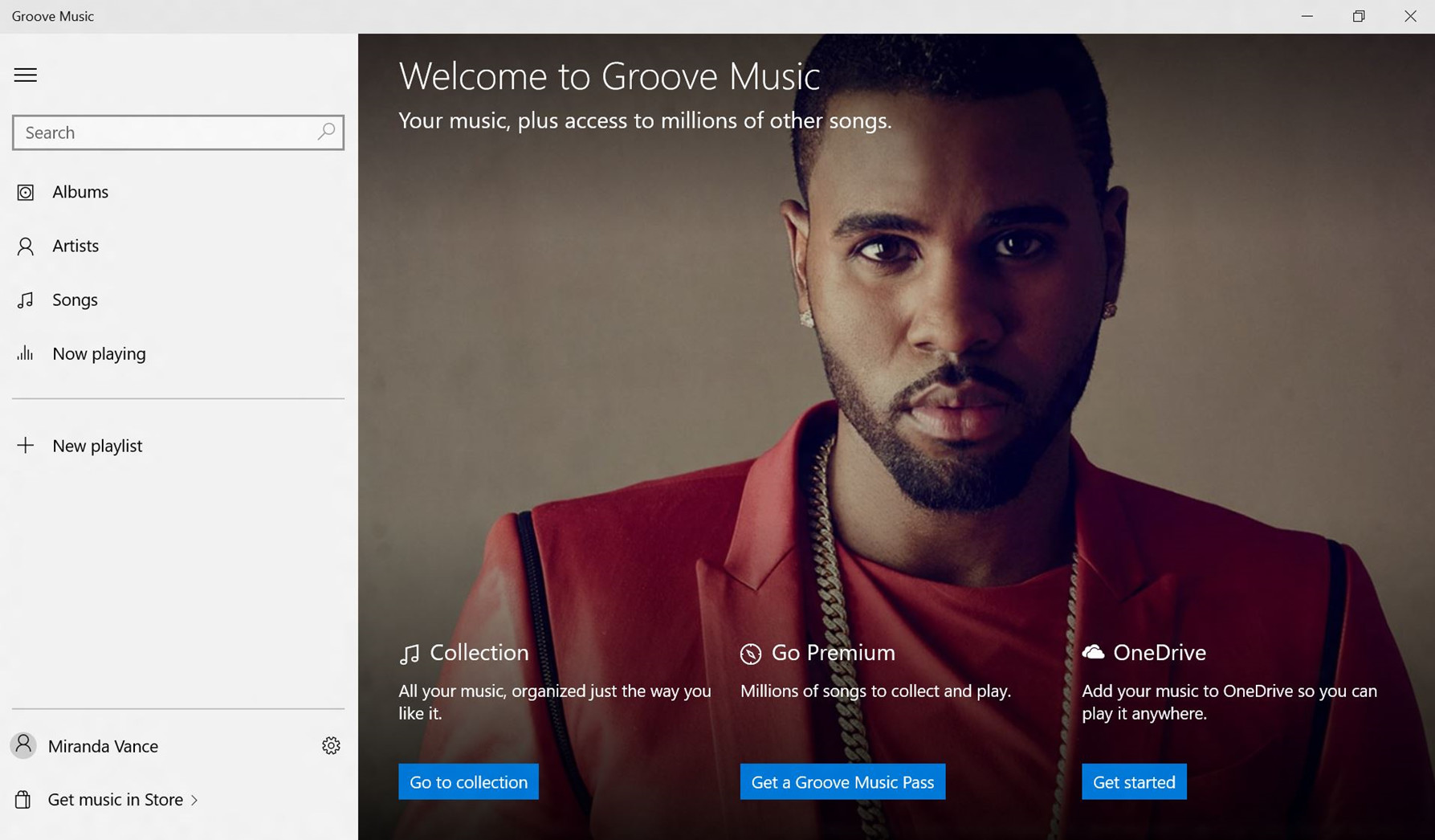 So why not just remove the branding, have a single listing and offer the features in movies when they're available? It's not as if these capabilities are major selling points. Other branded features, such as "Free" label on the documentary "Atari: Game Over" cover and bonus content labels on some titles, also remain after a user purchases the associated videos.

On the music front, the Groove Music Pass – formerly the Zune Music Pass, then the Xbox Music Pass – remains a good deal, although now the subscription music arena is a crowded marketplace, filled with heavy hitters such as Apple. Right now, the service offers few differentiating features, as it's remained largely unchanged since its Zune days, save for the addition of a radio option in 2013. One notable feature Microsoft hasn't added to either its music app or streaming music service? Gapless playback, which can be found in almost any other major music application. In April 2014, a Microsoft representative responded to a user request for the feature that the company was "working on it," yet it's still nowhere to be found more than a year later.

For those who don't want to go the route of streaming or digital downloads, the Groove app is similarly worrisome. There's still no way to rip a CD with the app, something that, again, most major competing desktop applications offer. It's obvious that digital music is an appealing option for most, but for older music collections, particularly those including independent artists, there's no way to import music beyond using a different application.

The lack of features in both apps would make sense if Windows 10 were solely for tablets and smartphones, but it's not. Microsoft has made a point of positioning Windows 10 as a remedy for the poor PC experience Windows 8 offered, and yet two of the most visible apps in the operating system remain in a woeful state.