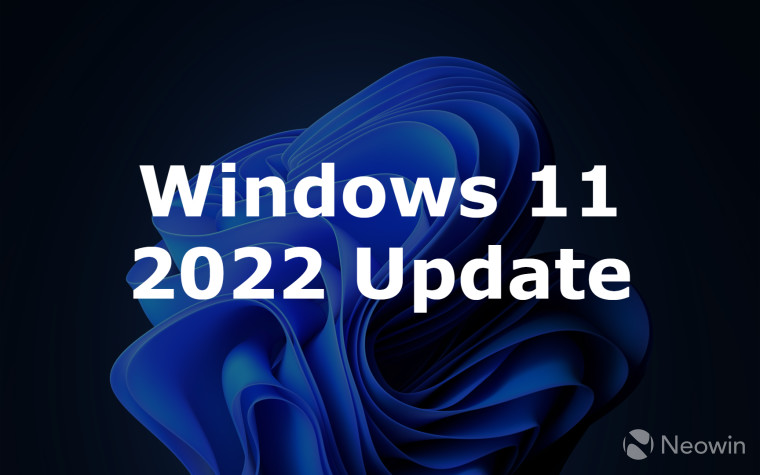 The day is finally upon us. Windows 11 is receiving its first major update in the form of Windows 11 2022 Update. That's correct, Microsoft is seemingly getting rid of its "year-half" naming convention - at least publicly - which would have dubbed this release as "version 22H2". It does make sense considering Microsoft shifted to an annual update cadence with Windows 11 so it doesn't need to signify which half of the year an update was released in.

Windows 11 was released over a year ago and the 2022 Update brings a lot of new features, most of which we have covered in detail here. Regardless, it's worth recapping what Microsoft thinks is worth highlighting in this update.

Microsoft has emphasized that the goal of Windows 11 is to offer a more simplified experience that makes you more productive. As such, the 2022 Update contains loads of new capabilities in this area including better touch navigation for Snap Layouts, the ability to snap multiple browser tabs in Edge, along with Focus sessions and Do Not Disturb.

The Windows 11 2022 Update is also being pitched as the ultimate place for creators and gamers due to Clipchamp being bundled, a new tool called Windows Studio Effects in Teams, and loads of gaming improvements that you can read more about here.

Additionally, Microsoft is finally making good on its commitment regarding support for Android apps on Windows 11. The Amazon Appstore experience powered by the Windows Subsystem for Android (WSA) is now expanding to 31 more countries and will feature a catalog of 20,000 Android apps and games.

We're excited to take this next step with Windows 11, to inspire journeys like yours. Windows 11 was designed to bring people together, to help people play and have fun, to empower productivity and inspire creativity. Serving more than a billion people, Windows is the platform for the world’s innovation. For consumers, Windows 11 will make the everyday easier. For businesses, Windows 11 is the operating system for hybrid work and the most secure version of Windows yet. For developers and creators, Windows 11 is the open platform creating even greater economic opportunity for your creations. We will continue to invest in delivering Windows experiences that enrich people’s lives as we aspire to meet your evolving needs. We can’t wait to see what you are inspired to do and create with the latest update.

Similar to previous updates to Windows, the 2022 Update will be made available to all eligible users in a staggered manner. Although it has started rolling out today, you may not get it offered immediately through Windows Update.