Before we start, this article explains why Windows 8 is on to a good thing with Metro, but not so for the desktop.

So I'll leave out repeating what is already explained very well and move onto what I think Microsoft should have offered. Not only as an option, but also as a gentle shove toward their ultimate goal for a uniform user interface of which we're seeing as a proposal across all Windows powered devices. 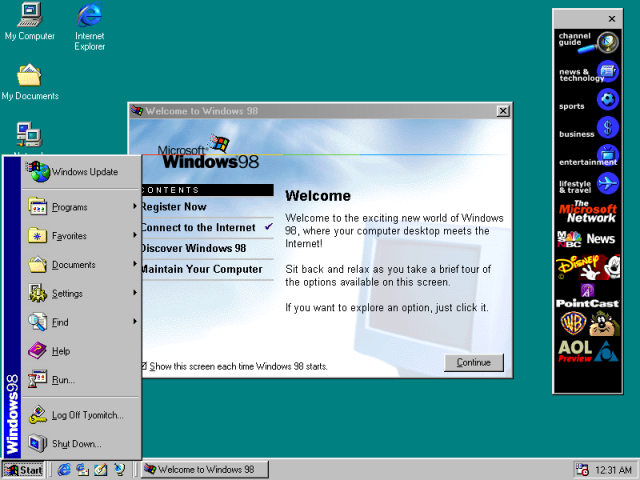 Active Desktop was a feature of Microsoft Internet Explorer 4.0's optional Windows Desktop Update that allowed the user to add HTML content to the desktop, along with some other features. This function was intended to be installed on the then-current Windows 95 operating system. It was also included in Windows 98 and later Windows operating systems until Windows Vista, where the feature was discontinued.

Users could add HTML both in place of the regular wallpaper and as independent resizable desktop items. Items available online could then be regularly updated and synchronized so users could stay updated without visiting the website in their browser.

Active Desktop worked much like desktop widget technology in that it allows users to place customized information on their desktop. (source: WikiPedia).

This was a great idea that was ahead of its time when it launched, it turned the native desktop into a live desktop and Microsoft could have revisited this concept with Metro for desktop PC's, leaving the Start orb, menu and taskbar intact. As you can see, it's almost like Active Desktop, giving the user full control to launch Metro apps or switch back to the desktop easily with a click of the mouse. The charms bar would remain, but instead of just having a Aero Peek target area, Microsoft could add another visible target area above it that always shows on the Metro and native desktops. The above screenshot demonstrates how I can browse my pictures library, but also see any alerts or easily switch to native applications with a click of the mouse. For Metro apps, they could even go so far as to add a way to go full screen that hides the taskbar completely just like you already can with most browsers; you're then offering the best of both worlds. Simply allowing the taskbar and Start orb/menu to remain would appease a lot of prospective upgraders.

Switching to the desktop from the Metro start screen is easy as you can see, this is one thing I don't even have to explain or create a tutorial for because the Desktop tile -- in an ideal world -- would always appear in the same spot.

Switching from Metro apps back to the desktop or Start screen could then be achieved by hovering over the target area above Aero peek which then brings up the Charms menu with options to view the native or Metro desktop.

Lets forget about Winkey + letter and ensure these tasks can be achieved easily and quickly using a mouse.

It took Microsoft years to finally realize that people wanted to shutdown, standby, restart, log off or switch user directly from the Start menu and not some popup dialog that included a drop-down menu. Now it seems they are forgetting that with incremental versions of Windows, making things easier with less clicks was what everyone wanted.

Here's another idea; add an option to the Windows 8 setup asking if the device you're installing Windows to is a touch device or not. 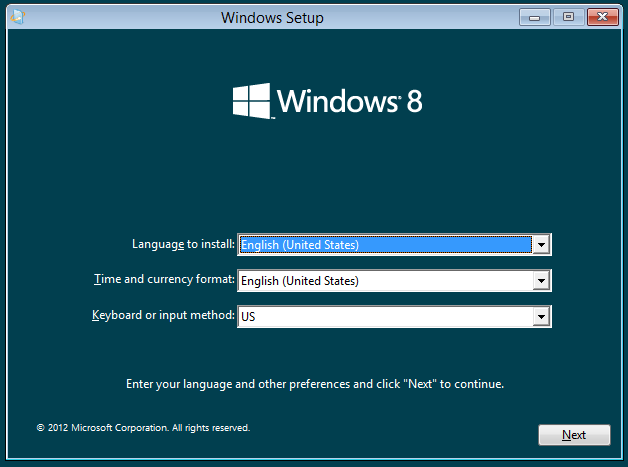 Windows 8 Setup, for tablet or desktop?

The setup screen could include an option Type of setup: "For touchscreen devices" and "For Desktop PC's without touch capability"; the second choice would put the start menu and (always visible) taskbar back on the desktop.

I know what some people are thinking, that I won't embrace change. That is simply untrue as evidenced by my constant upgrades from Windows 3.1 right up to Windows 7. I even own a copy of Windows Millennium!

You can bet that this concept won't be enforced on Windows Server 2012 system administrators, because Microsoft knows how important native applications and the taskbar is for them, but it's equally important for the average and power user too.

Metro isn't ready for prime time, and even though some of our own forum users will state till they're blue in the face that it is, I can only agree with them to some extent. It is the future, but the future isn't here yet. Native applications aren't going to be replaced by the time Windows 8 is available in stores, and people won't want to be forced to switch all of their native applications to a Metro version for quite some time. Asking users to dump them for a concept that is still making baby steps just isn't going to work.

It will work though if it is implemented properly, just like it already is on Windows Phone.

I just hope I'm not forced to write another Windows 2003 as workstation type guide by the time Windows 8 and the Server version rolls around.