It was not long ago that an early build of Windows 8 leaked to the Internet. While that build was a bit dated, there now appears to be users who have build 7955 in their hands. While the build has not fully leaked, it is clear that users outside of Microsoft have the build in their possession and winfuture.de has posted up a complete overview of the platform including a logon video. See the source, winfuture.de to view the video.

The new build contains many of the previously shown features here on Neowin including a new log in screen, the ribbon interface, language profile, new taskbar, metro design theme, and other new updates. While this actual build has not leaked in full like build 7850, 7955 is a more robust Windows 8 build in comparison.

The video shows the new login screen and how the new Metro design language will act on Windows 8. 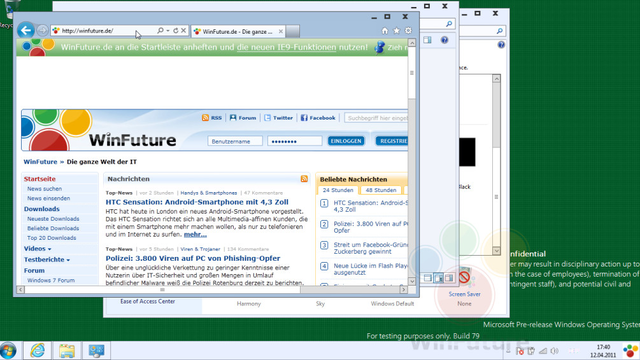