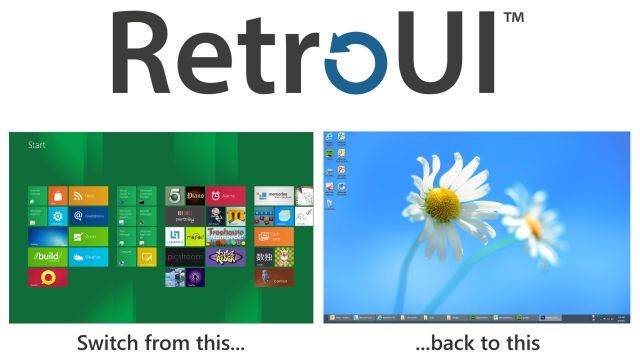 We have already seen attempts to add the Start menu back into Windows 8 via the Start8 program. Now a company called Thinix is launching a product that will allow Windows 8 PC owners a way to boot straight to the desktop without first having to go through the "Modern" user interface.

Once logged in, users see the classic Windows desktop and can use the PC much like they did in Windows XP or Windows 7. Users can return to the Metro desktop and use Metro features as needed.

The program can also be configured to completely shut down the "Modern" (formerly Metro) UI in Windows 8. Thinix makes the claim that this will be helpful for larger business users who want to upgrade to Windows 8 but don't want to make the effort to learn the new UI.

RetroUI can also be used for remote desktop applications as well as multi-monitor support. It will also support a number of different languages.

The program is available for download now for $4.95 (along with a 14 day free trial version), which can be used by up to three personal PCs. RetroUI Pro for business owners is also available for $4.95. There is also a 50 percent price cut for educational and non-profit customers.