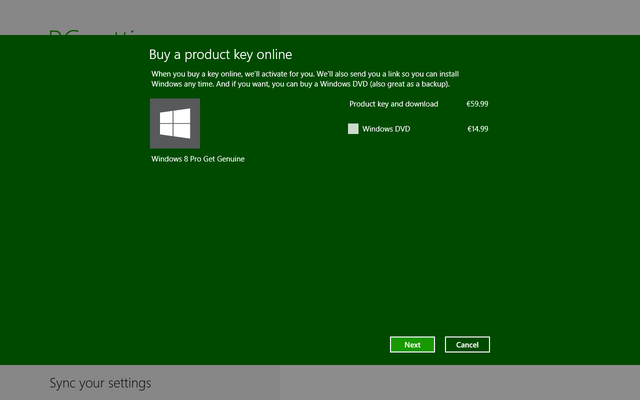 Converting these prices to US dollars you get roughly $75 for the license, which could suggest a $69.99 standard price in standard pricing conventions, plus around US$20 for shipping out a Windows 8 DVD to you.

We already know that Microsoft will be offering Windows 8 Pro upgrades for just $39.99 until January 2013, that will allow you to upgrade any version of Windows as far back as Windows XP provided you have a previous valid license. ~$75 for the full version would be very cheap considering Windows 7 Ultimate cost $319.99; however we do know Microsoft is aiming to lower the barrier of entry at this stage to sell the OS.

This price could just be a promotional deal like with the upgrade, or it could be outright false as Microsoft haven't as yet made an official announcement, so we'll just have to wait and see.