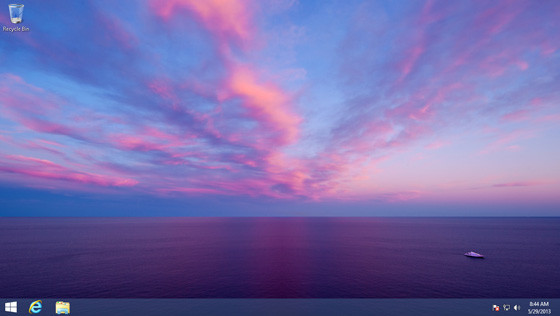 The rumors about Microsoft adding a Start button for the upcoming Windows 8.1 update started flying a few months ago and this past week, Microsoft confirmed that a version of the Start button would indeed be part of its free upgrade to Windows 8. However, the Start button won't actually be a full Start menu but rather will simply take people out of the desktop UI of Windows 8.1 to the Modern UI Start screen. That means the makers of the various third party Windows 8 Start menu programs may still be in business when Windows 8.1 is officially released later this year.

Neowin contacted some of the developers behind the most well known Windows 8 Start menu programs to get their opinions on Microsoft's decision to bring back at least the Start button in Windows 8.1 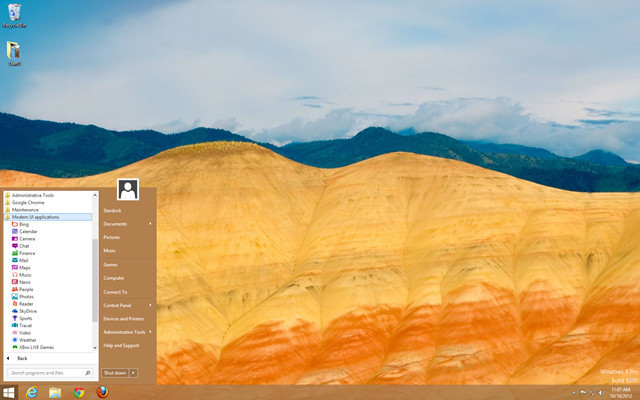 It's good to see Microsoft responding to customer feedback. Bringing the start button back is a positive first step. But the main issue is that their start button just takes the user to the Metro Start screen. The reason we created Start8 was because switching from the desktop to a completely different environment to find and launch apps is disorienting and less productive than the Start Menu. So while I'm glad Microsoft has at least put the button back, which should reduce the training costs to migrate, I wish they'd brought back the Start menu with it. In the meantime, I suspect Start8 and ModernMix to continue to be the premiere solutions for Windows users to use Windows 8 as a desktop PC OS. 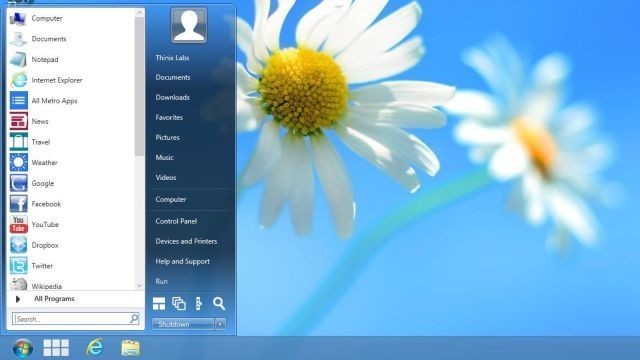 Our opinion is that Windows needs to be a platform, and we think Windows 7, Windows 8, and Windows 8.1 are or will all be excellent platforms. They provide consistency, security and a development platform to support a variety of users, in many different situations. It’s like buying tools, no tool is good for everything, but if you have to pick a single tool, we feel that the Microsoft platform is a great place to start (no pun intended). Conversely, we see fragmentation and control in Android. It’s ironic that a platform built on an open source platform is basically closed because of the totalitarian control placed on the App store by Google. Similarly, iOS is a great platform and Apple has done some excellent things, but developers can’t get in under-the-hood and write low-level code that alters the fundamental behavior of devices. That is a good and bad thing. It is for that reason, that Windows or the Windows ecosystem is so important.

With that in mind, we feel Microsoft made some bold steps and some mis-steps, which we addressed with respect to User experience (Ux) in Windows 8, and they are trying to make adjustments. Since we haven’t seen release builds for Win8.1, we can’t speculate fully, but I think it is safe to say that there will still be a viable ecosystem for vendors who find opportunities and provide solutions for Windows 8.1. At Thinix, we are pushing the envelope in next generation technology development that will further improve the way people use, manage, and experience computers. At Thinix we are focused on building genuinely innovative technology, not worrying about the ‘shiny thing’ of the month. With this in mind, as Windows 8.1 gets closer, we will be looking carefully at it and determining where we add value, how we make it better more reliable and transparent. I would like to thank your team at Neowin, for providing the insight into these things and for providing a framework and ecosystem for healthy conversation. 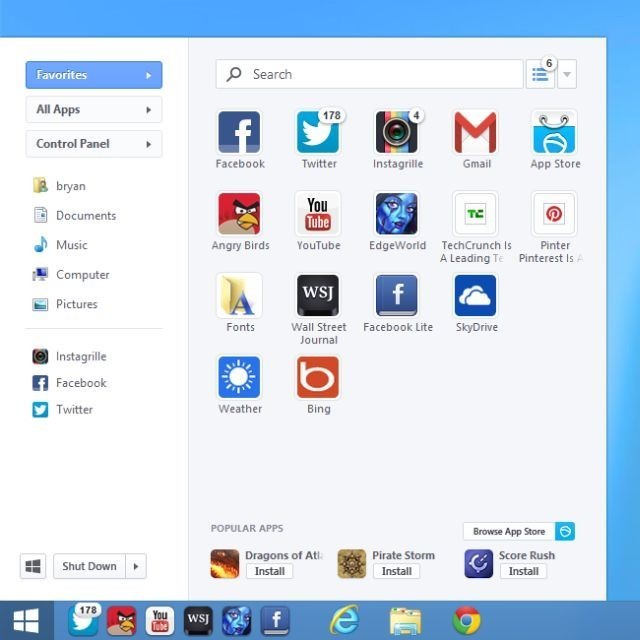 We haven't actually tried 8.1 so would be premature for us to say. That said, the changes they've announced sound like a step in the right direction and validate the importance of the desktop for users. It's the desktop where Pokki will continue to try to help, from our Start menu to modern app platform and store. 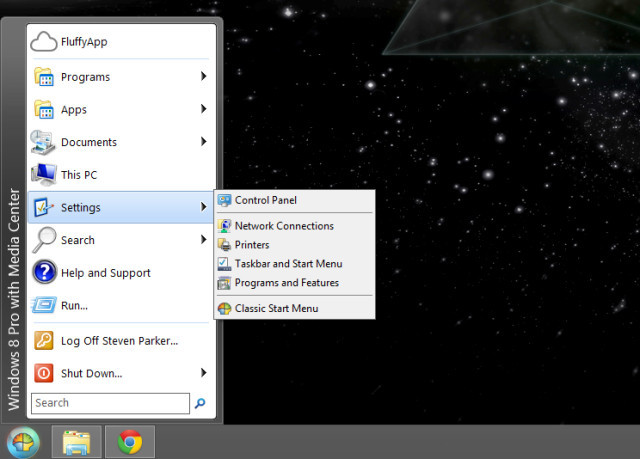 I still will need to wait to play with it before I can make up my mind.

We would like to thank Brad, Don, Alan and Ivo for offering their opinions for our story