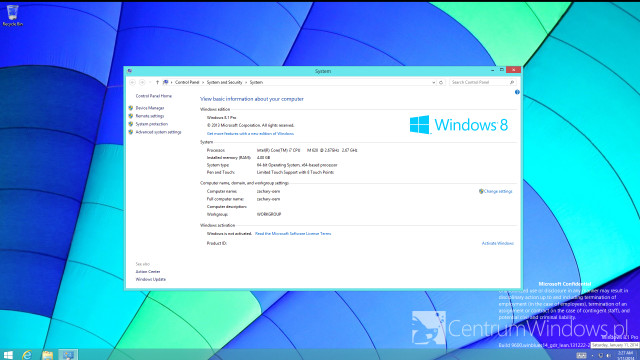 When screenshots start leaking, typically a build will quickly find its way to the wild web. If the same pattern holds true with Windows 8.1 leaks, it looks like a build of the spring update for Windows 8.1 will leak in the near future.

The screenshot above does not show anything in terms of new features, but what it does tell us is that the spring update build is in the hands of quite a few people which means that a leak is far more likely.

While Microsoft is reportedly not going to be pushing out a build before the final release, whispers have been making their way around the web that this build will leak out in the near future.

Not much else to go on other than the screenshot above but with an expected official release around the time of the BUILD conference, we don’t have to wait too long to see what the update includes.

Thanks for the tip Hubert!