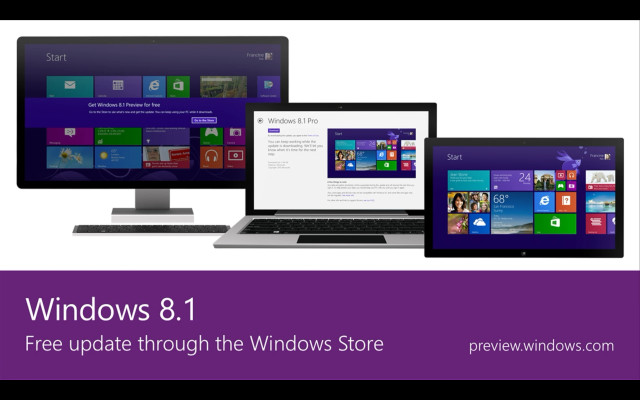 Microsoft released the preview version of Windows 8.1, the latest comprehensive update to its PC OS, last month at its BUILD developer conference in San Francisco, but until now, it hasn't committed to a firm timeline as to when the full version will be made available to end-users. Indeed, the only commitment that the company had previously stated was that the update was expected to ship later this year.

But at the company's Worldwide Partner Conference today, Microsoft chief financial officer and chief marketing officer, Tami Reller, confirmed that Windows 8.1 will be "made available to OEMs" in late August, indicating that the OS will be finalised within the next six weeks or so.

Reller stated manufacturers will be able to ship the first devices with Windows 8.1 on board in time for the holiday season.