A few weeks after a MSU version of Windows 8.1 Update 1 got leaked to the Internet, it appears that a more recent build has also found its way to download sites. This build has the version number 9600.17025 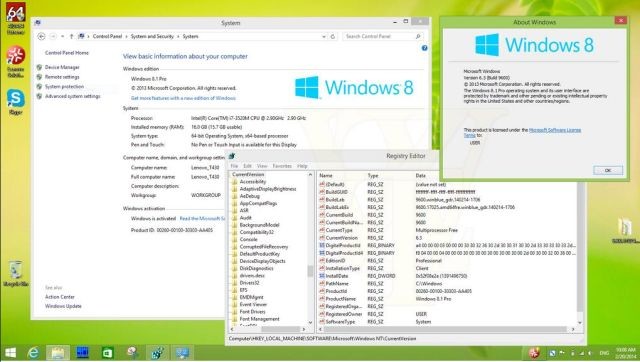 The news was first posted by known Internet Windows leaker "WZor" on his Twitter account, who stated that the leak is for both the 32-bit and 64-bit versions. As per Neowin's policy, we will not offer any direct downloads of this leaked build.

Last week, WZor posted up a screenshot of an earlier build of Update 1, with the version number 17019, and added that it had entered the escrow stage of development. That means that work on the update is basically done, save for perhaps a few more bugs. Obviously, the existence of this newer build means that Microsoft is still trying to fix some last minute issues.

Microsoft has still not confirmed anything about Windows 8.1 Update 1, which will add a number of improvements for the OS, including many that are designed to make using it with the keyboard and mouse better. Microsoft is expected to launch Update 1 sometime in early April.