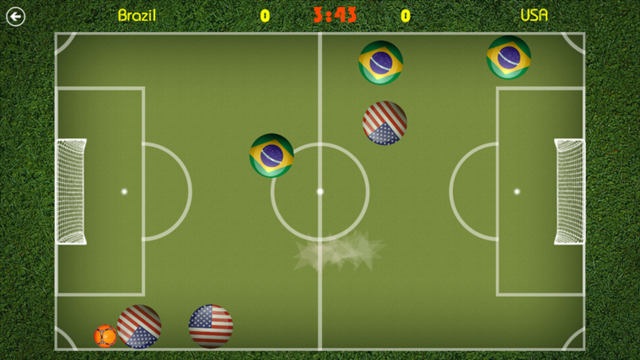 When Microsoft first announced their plans for the Windows Store feature for Windows 8, they also launched a contest where developers could submit Metro (now "Modern") UI apps that would be released as part of the Consumer Preview version of Windows 8. One of the winning apps turned out to be the game Air Soccer Fever.

In addition, the Windows 8 version also now allows for people to play the game with a keyboard and mouse in addition to its touch screen interface. The update states, "Just press the player number on keyboard and click anywhere with mouse to shoot."

Microsoft would certainly like to see more cross-platform games for Windows 8, Windows Phone and its Xbox 360 console. It put in cross platform play for Windows 7 and Xbox 360 when Games for Windows Live launched but only a few games took advantage of that support.

More recently, the upcoming game Skulls of the Shogun has been confirmed to get cross platform multiplayer for its Windows 8, Windows Phone and Xbox 360 ports. Indeed that game will be a Windows 8 exclusive on the PC platform.