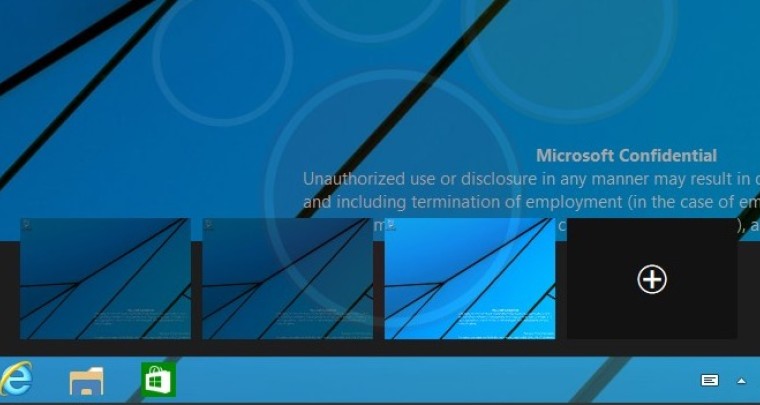 Microsoft is compiling builds of Threshold at a rapid pace ahead of its expected announcement at the end of the month. One of the items that we exclusively revealed back in July is that virtual desktops will be included in this new version of Windows and today, we have a few more details about the desktops and the navigation of Windows Threshold.

If you have not already seen them, a bunch of screenshots from a partner build have leaked and you can check them out.

First, virtual desktops may not be called that in Windows Threshold and instead, Microsoft may opt for something a bit more consumer friendly, possibly even calling the feature ‘multi-tasking’. Why would they do this? Well virtual desktop, to non-technical users, sounds complex and has a similarity to virtual machines, that could scare away users from trying out the new productivity tool.

To manage these desktops, a swipe in from the left side of the screen opens up a manager area that allows for easy navigation between the open desktops. A fast swipe, like in Windows 8 if you are switching between apps, toggles between the desktops. This updated functionality is said to be like an advanced alt+tab tool that many Windows users are already familiar with and makes working with multiple desktops, quite easy. We still haven’t figured out what the maximum number of desktops you can have open at one time but know that it’s quite a few.

And while we are talking about the desktop, something else has popped up: The Charms bar. Yes, the Charms bar is back in the latest couple builds of Threshold and at this point, it’s hard to say if it will be staying or going but apparently, it is a heated discussion about what to do with this legacy feature from Windows 8. We do think, long term, it will be going away in favor of the charms being accessible inside modern apps. 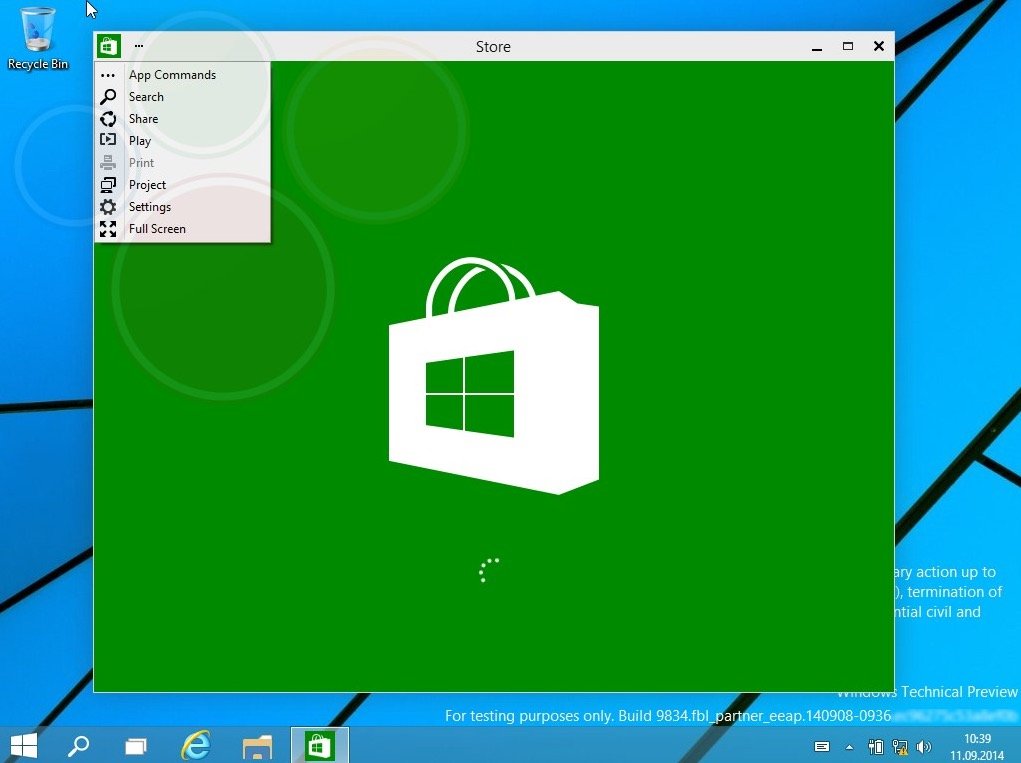 With September 30th quickly approaching, you shouldn’t have to wait too long to get your hands on these bits, provided the release date rumors are true.