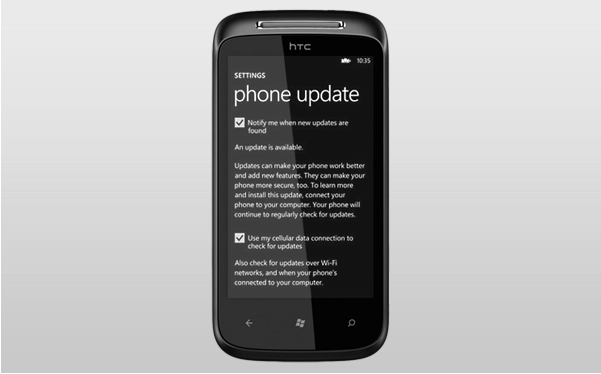 Now that the first wave of operating system updates for Windows Phone 7 is nearing completion, the next big milestone in the development of the mobile OS will of course be the arrival of the greatly anticipated Mango update later this year. However, Microsoft and its OEM partners aren’t content to rest on their laurels in the meantime, and they’re now turning their attention to bringing hardware-focused updates to Windows Phone handsets.

In a post on the Windows Phone Blog, Eric Hautala, General Manager of Customer Experience Engineering at Microsoft, confirmed that users would soon see notifications informing them that an update is available for their particular device. Because hardware updates are unique to each Windows Phone model, not all handsets will receive updates, and not all updates will be identical in the improvements that they deliver.

Eric explained that, in general terms, such hardware updates tend to bring performance boosts in areas such as battery life, call quality and touchscreen responsiveness, adding that “it’s all part of keeping your Windows Phone in tip-top shape”.