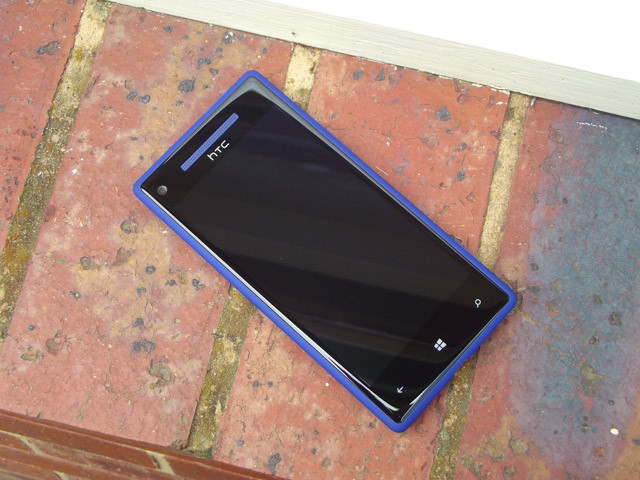 When it comes to getting your work done, you typically don’t like to change up your routine unless the powers that be force it upon you. Besides, if the technology you are using now is working well and helping you achieve your goals, changing out one of your core components is often a risky endeavor--but that’s exactly what I did.

My daily driver is an iPhone 5 that was provided to me by my company as it works with all of our existing equipment and more so, our support is setup to help out end users with this particular device. To really put Windows Phone 8 through my most rigorous test, I swapped an HTC 8X from Verizon for my iPhone 5.

I chose the 8X for several reasons for this experiment as the Lumia 920 is too large for my preference. There is nothing wrong with the Lumia 920 outside of its heft, but the 8X is a darn good phone and you should read our full review here.

I took both my iPhone 5 and the 8X to our IT department and said, “ I need to replace this (iPhone 5) with this (HTC 8X).” After answering quite a few questions like  “why are you doing this” and, “stop bothering me I have real work to do,” I said that I would be back in an hour and needed my device up and running. Why an hour? In the land of IT, you don’t have all day to refresh hardware or setup new accounts. If they could not get my 8X up and running from opening the box to syncing all my needed information, the platform would be a bust as it would require more than the allotted resource time to complete the task (a new iPhone 5 setup is rated at 1 hour). 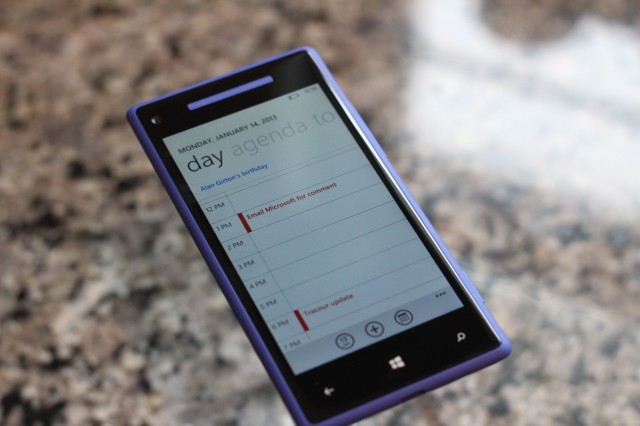 I could have easily setup my device myself but I wanted to see if someone who was relatively unfamiliar with Windows Phone would be able to navigate the waters. It turns out that my IT department rocks: In less than 30 minutes, my phone was dropped off at my desk, ready to go.

“Here you go Brad, Skype, Email, calendar, and WIFI are all setup, you’ll need to change your passwords once you login, but other than that, you’re all set.”

When quizzed about the setup, I was told that it took only a few minutes after getting through the initial boot-up sequence to get the device to a useable state. There was one issue as well with the setup, which I will touch on in a little bit.

I have used Windows Phone briefly out in the field but because the phone was not on Verizon, I had to use it in limited capacity. This time around, with Verizon rocking the HTC 8X, I could put Windows Phone 8 through a vigorous personal test over two weeks to find out if it truly fit all of my needs.

I don’t just "use" my phone, I live on my phone from a work perspective. Seeing that I work on client location 90% of the time, my phone is my office and I can kill an iPhone 5 battery by lunchtime on an average day. 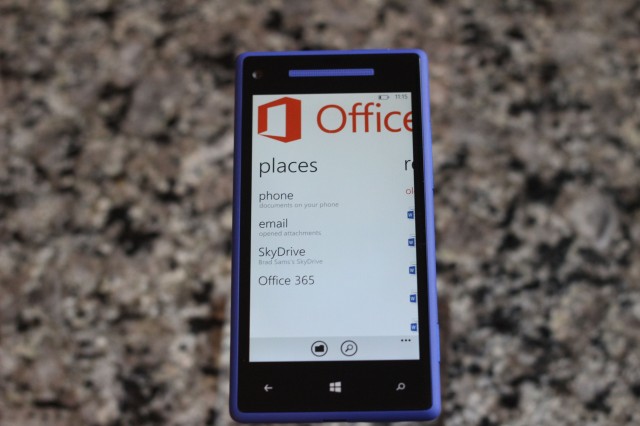 From the start, Office on Windows Phone is the best on the market, hands down. From a personal use scenario, nothing comes close to what Windows Phone offers in terms of being able to edit, view and manage documents with the built-in applications. The simple fact that these applications come with the device and offer significant functionality compared to the market alternatives is a big win for Windows Phone.

As you would expect, email and calendar appointments all work great. While I don’t think that the calendar features are anything better than iOS, they are certainly on par and offer up an experience that most will find easy to navigate and utilize.

Skype has made significant improvements from the last enterprise test I did with a Lumia. For all practical purposes, Skype is a great experience on Windows Phone. The Verizon LTE connection held strong during calls and Windows Phone showed no hesitation while conferencing with colleagues. The dreaded echo that I have heard in the past appears to have been silenced.

Everything was going well with my 8X until one email came and ruined my day. You see, there is one feature that business users might need, and they may not need it often, but when they do, it’s a critical component. The item that’s missing from Windows Phone is the ability to use a VPN, which in my case, was a barrier that could be worked around, but not conveniently. 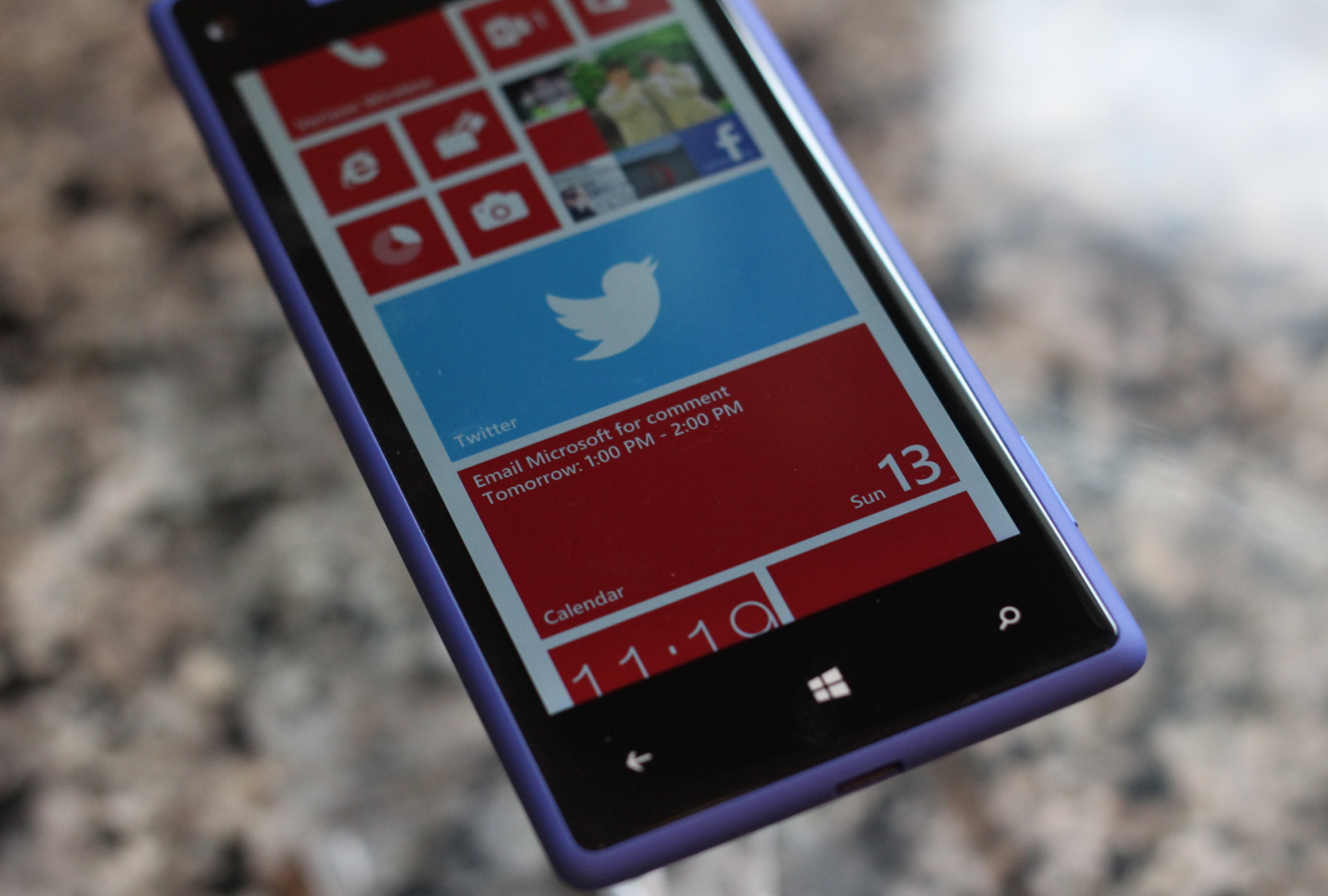 Why is using a VPN required? In some cases, sensitive documents are stored using mechanisms that will not allow you to download the content, only view them. In my case, I was sent an email with a link to such a system and could not view the documents on my 8X because it lacked a VPN connection. Unfortunately for Microsoft, the iPhone allows for such a connection and I was forced to use this device to compensate for Windows Phone 8’s shortcomings.

Beyond the VPN, the list of items holding users back from Windows Phone 8 is growing shorter by the day. In fact, the app situation is quickly improving. It's not yet perfect, but the hardcoded features from Windows Phone 8 will meet the expectation of nearly any user.

The ability to get a new Windows Phone 8 device up and running with minimal overhead is a huge victory for Microsoft and one that should be highly praised. Overall, the few weeks that I spent using Verizon’s HTC 8X were positive and the platform is beginning to mature to a point that recommending Windows Phone only comes with one caveat: the lack of VPN.