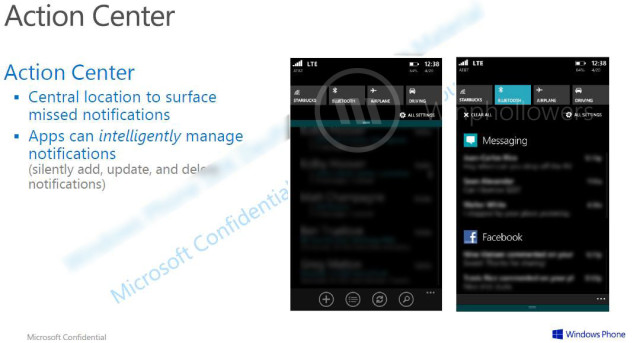 We know that Windows Phone 8.1 will feature an "Action Center," bringing a centralized notification center to Microsoft's mobile operating system. Now, it has been revealed that an application will be allowed to show up to 20 notifications in the "Action Center" among other things.

So far we have seen numerous screenshots and video leaks of the upcoming update to Windows Phone, but now a report from WPCentral has revealed the functionality specific to the Action Center found out through various APIs.

A video of the "Action Center" in action leaked last month, which showed off some of the functionality mentioned above and it seems by the time Microsoft makes the update official at BUILD 2014 in April we would have most of the information about it already.