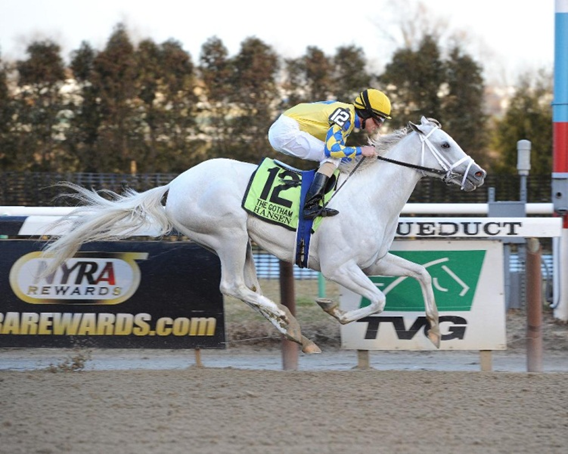 Even if you don't follow horse racing, you likely have heard of the Kentucky Derby. The 138th edition of the most famous horse race in the world, sometimes referred to as "The Most Exciting Two Minutes in Sports", is scheduled to be held on Saturday at the Churchill Downs track in Louisville, Kentucky. While there is a horse race that's held, there's also a lot of attention paid to the people who attend the event, particularly women who wear rather large and colorful hats in the stands.

Microsoft likely decided to sponsor Hansen because he is a white horse. He will be the only such horse in the race. Indeed, only a few white horses have ever run in the Derby. The Spread website says that Hansen could even upset the rest of the field to actually win the Derby. Currently, his odds to win are 14 to 1.

Microsoft is also holding a Twitter contest where you follow @WindowsPhone, then send a a tweet with the hashtag #TrifectaTweet with the horses you think will win, place, and show in the Derby. Microsoft is giving away two of the white Nokia Lunia 900 smartphones as prizes in the contest. Thankfully, you don't actually have to pick the top three Kentucky Derby horses to win the phones.