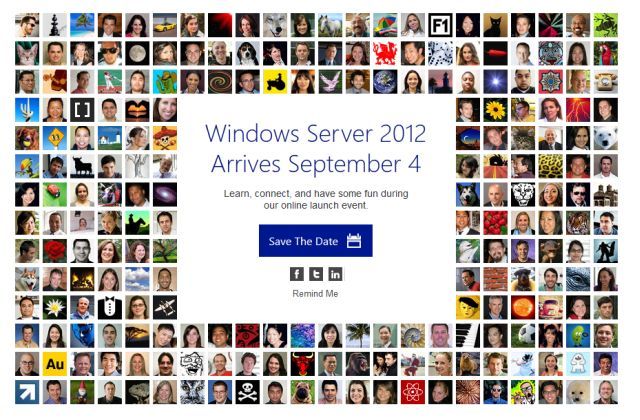 Regular consumers may have to wait for October 26th to get their hands on the final RTM version of Windows 8, but Windows Server users will be able to purchase the next version of Microsoft's server-based OS much earlier.

Today, Microsoft confirmed that Windows Server 2012 has also reached the RTM stage of development. Furthermore, the date for anyone to purchase the OS has been set for September 4th. Microsoft states:

On that day we will also host an online launch event where our executives, engineers, customers and partners will share more about how Windows Server 2012 can help organizations of all sizes realize the benefits of what we call the Cloud OS.  You will be able to learn more about the features and capabilities and connect with experts and peers.  You’ll also be able to collect points along the way for the chance to win some amazing prizes. You don’t want to miss it.

You can sign up to check out the online launch event on September 4th at the Windows Server web site. Microsoft has already announced the different versions of Windows Server 2012, along with their prices. It has also confirmed that it will not make a new version of its Windows Home Server product.