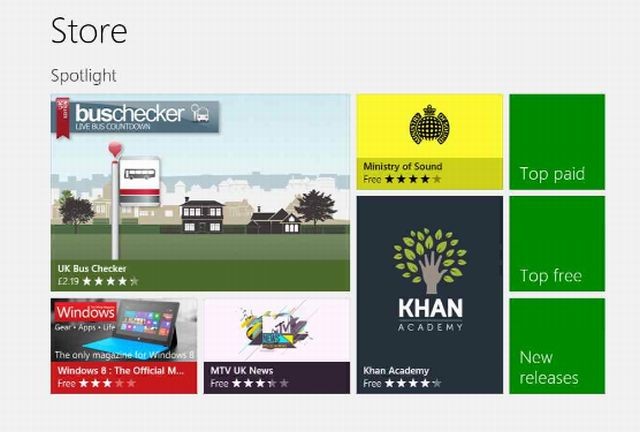 The Windows Store feature in Windows 8 has always shown the top free app downloads in the main section of the store, but now it looks like Microsoft is quietly rolling out a new feature that also lets its uses see a list of the top paid Windows 8 apps in the store.

This feature is showing up for residents in the UK, according to Neowin reader Djepi who sent us these screenshots of what his storefront currently looks like. Our own Windows 8 PCs in the US currently don't show this new menu selection. It's possible that Microsoft is slowly rolling out this new feature to other places around the world. We have contacted the company for comment. 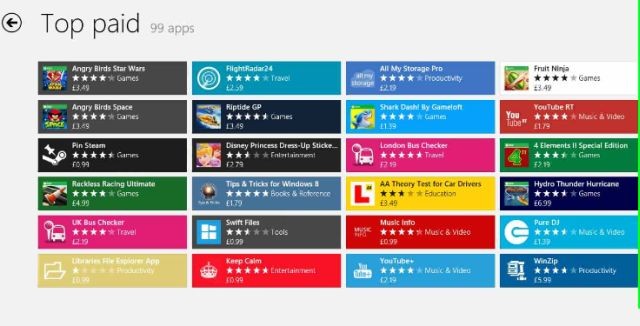 Djepi also sent us a screenshot of part of the actual list of the top paid Windows 8 apps, at least in the UK. Not surprisingly, the top two paid apps are Angry Birds Star Wars and Angry Birds Space. However, the third top paid app on the list is Pin Stream, the app which lets people pin their Steam-downloaded PC games on their Windows 8 Start screen. Clearly there are a lot of people who want some kind of Steam "Modern" UI app for Windows 8.

It's been estimated that about 88 percent of the apps in the Windows Store are free, but its certain that the number of paid Windows 8 apps will grow in the months ahead.

Again, thanks to Djepi for the tip.