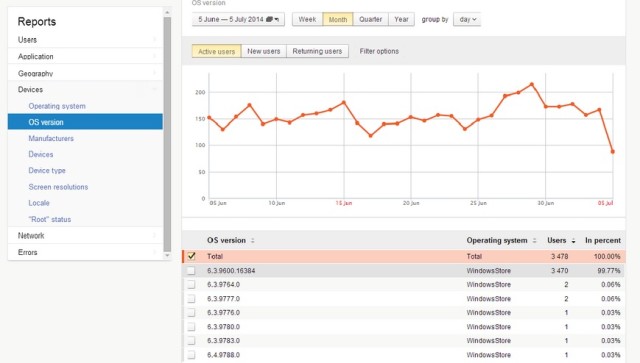 Microsoft is deep into development of the next iteration of Windows, currently called Windows Threshold, and today, we are starting to see evidence that this new version of Windows will bump the kernel to version 6.4.

The latest build number to be identified, via tracking mechanisms inside Windows applications, is build 9788 and as you can see in the image above, has a kernel bump to 6.4. The bump in version number is not all that surprising, considering that Windows Threshold is shaping up to be another major release for Microsoft.

We have already uncovered that the modern UI will be disabled by default for desktop users and that on small mobile devices, namely tablets and phones, the desktop will disabled. In addition, modern apps will now be windowed on the desktop and that the start menu will be making a return too, so a bump to 6.4 seems warranted. 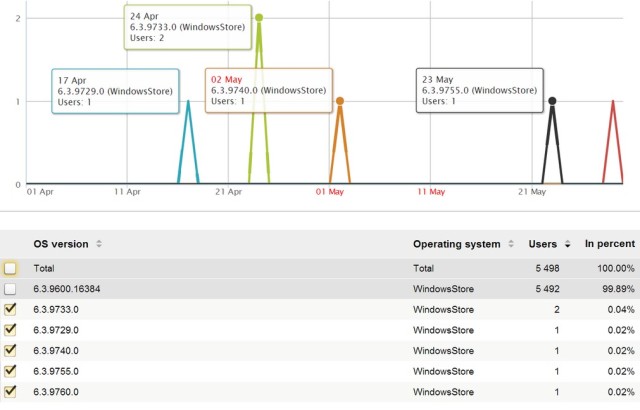 Prior to the 6.4 update, there have been quite a few Threshold builds spotted in metadata previously; Threshold is said to have a preview arriving later this year but the final release will not come until the Spring of 2015.

Microsoft is still working an Update 2, which is said to arrive in August but so far, details have been slim on what the update will include. Seeing that major features have not been uncovered yet and the platform has either hit, or is about to hit RTM, we are next expecting much for this update.