Recently it appears as though Microsoft has extended the support for Windows Vista until 2017. This is surprising, considering originally Microsoft made it clear that the consumer versions of Windows Vista would only get five years of support up until April 2012, leaving users without any patches after that date. Now this has date has been pushed back to April 2017 via “Extended Support.” 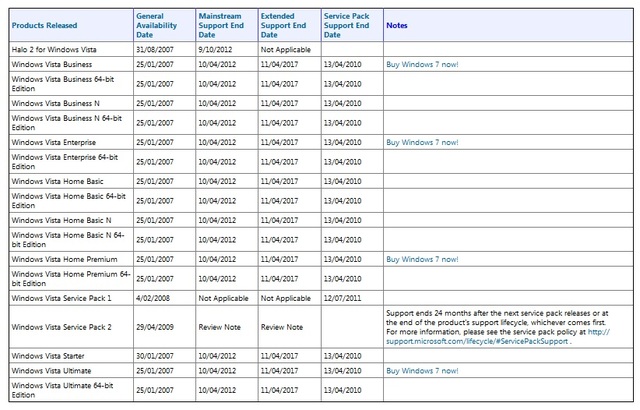 The Extended Support for Windows is different to the Mainstream Support in that it doesn’t include feature updates, namely after April 2012 (the Mainstream Support end date) Microsoft will no longer add any new features to Windows Vista. This completely rules out the operating system getting Internet Explorer 10 for example. Extended Support does include security patches though, ensuring that anyone that uses Vista will still remain secure right up until 2017.

This is a helpful extension for anyone out there who is still rocking Windows Vista as previously corporate editions (Enterprise and Business) only held the 2017 Extended Support. Although, why you would be still running Windows Vista is a mystery as Windows 7 seems like a much better choice; though now you have an extra five years to prepare for the upgrade to Windows 7, 8 or even perhaps 9.