In just a few days, Microsoft will be unveiling the next generation Xbox console at an event at their Redmond HQ. It's been a long time since the launch of the Xbox 360, so as a gamer and user of the previous console, here's what I'd like to see come in the next Xbox.

Rumors are floating around about what sort of processor the Xbox will use, how much RAM it'll have and how many GFLOPS the graphics chip will be capable of. But to me, this isn't as important as what sort of architectural base the specifications will use. 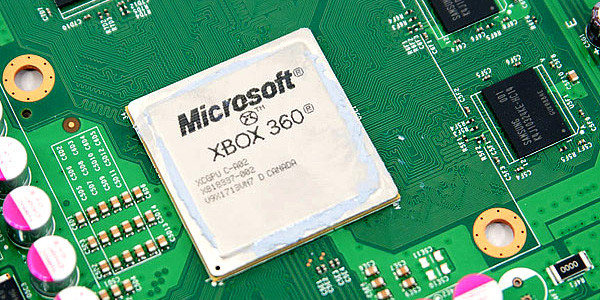 If Microsoft follows the lead of the Sony with the PlayStation 4 and choose to use an x86-64 architecture for the next Xbox, it'll make things considerably easier for developers. By streamlining the amount of architectures down to one across the big three this upcoming generation (PlayStation 4, next Xbox and PC) as opposed to last generation (PS3: Cell, X360: PowerPC, PC: x86) we'll hopefully see more time devoted to making the games great.

Also, for the PC gamers out there, hopefully the greater prevalence of x86 in both PCs and consoles will mean that more games will be ported to PC. Some major multi-platform games are still missing out on a simultaneous PC launch, such as Grand Theft Auto V, but maybe if all three consoles this time around use x86 insides PC gamers will get a better deal.

This one almost goes without saying, but it still makes it quite high up my wishlist. Despite the emerging presence of online stores as an easy method to download games directly to your console, it's still important to have a method to run games from physical media, as in some countries the internet infrastructure isn't good enough to download massive games.

The next Xbox should have a Blu-ray drive so games with a large amount of content can fit on a single disc, removing the hassle associated with numerous Xbox 360 games that were multi-disc. To futureproof the system, ideally the Blu-ray drive should be capable of reading 100 GB BDXL discs, which will provide a huge headroom for developers to store game data.

Also, a Blu-ray drive would naturally be able to play Blu-ray movies, which would fit well with Microsoft's attempt to push the Xbox as a living room media service as well as a game console. The next Xbox could potentially replace people's standalone Blu-ray players, similar to what the Sony PS3 does now.

Without a doubt the next Xbox will support native 1080p output and rendering of video games, but I'd like to see Microsoft one-up that to include the technical capabilities to output 4K video as well. To render games natively at 4K it would require significantly more power than any reasonably-priced Xbox would be capable of, but if the Xbox can do some decent upscaling or optimization it would be a significant bonus.

Aside from the gaming aspect of 4K output, the next Xbox should ideally have the power to render 4K Ultra HD videos. As 4K TVs become more widespread within the next Xbox's lifetime, and with Microsoft pushing for Xbox to be an entertainment brand, it's critical for the next Xbox to be capable of outputting Ultra HD content, regardless of the availability at launch. And, as it goes hand-in-hand with 4K output, full multi-channel audio decoding is a must.

The controller for the Xbox 360 is near perfect, combining an ergonomic design with intuitive button placements. Ideally the next Xbox should use a controller with a very similar design and mainly the same features; the design is already so good that significant changes could be for the worse. 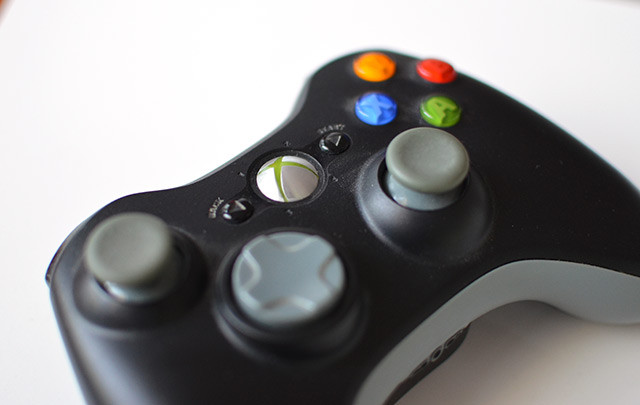 Chances are Microsoft will implement some sort of share button into the next Xbox controller's design, which shouldn't affect the controller too much, and also the D-pad could be improved to have a more solid feel. I don't believe a touch panel, as seen in Sony's DualShock 4 controller for the PS4, would enhance gameplay in a meaningful way, so I hope Microsoft leaves this gimmick out in favor of a supremely comfortable design.

Social connectivity is likely going to be a big part of the next Xbox, so one feature that definitely needs to be included is background apps. Rather than quickly checking Twitter or posting a status to Facebook via an external app, which on the Xbox 360 requires you to exit your current gaming session, I hope that Microsoft will integrate background apps so that these tasks can be done while my game is paused.

Ideally I'd like to see a similar system to Windows 8 feature on the next Xbox, where potentially apps could be loaded beside your current gaming session, either as a snapped app or just as an overlay. The critical aspect here is that apps should be loaded while the game is still running, and potentially Microsoft could allow 3rd party developers access to an API that would deliver these sort of apps to the console.

Aside from having apps loaded while inside a game, background apps could also be handy for notifications, where at the user's discretion you could receive your Facebook messages or Twitter @mentions while gaming. Of course for some people this might be too distracting, so having a setting to disable notifications would be great, but for those who want to keep connected it would be nice to see an unobtrusive notification method.

For me, the most disappointing thing about the Kinect is that it requires a living room with around two metres of free space, which is more than I have in my usual gaming space. A Kinect 2.0 is rumored to be launched alongside the next Xbox, and I'd like to see this new and improved sensor come with enhancements that will allow it to work in smaller rooms - perhaps around one metre from the unit. 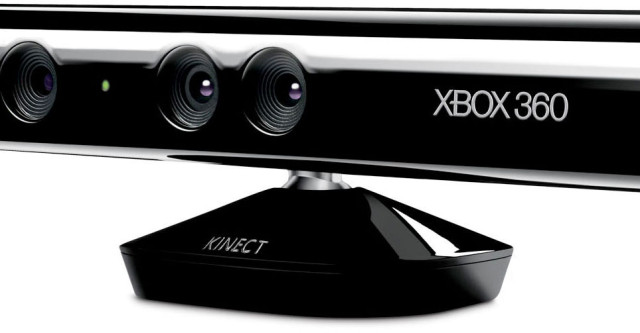 Also, while the Kinect is undeniably a very cool piece of hardware, its use in games leave a lot to be desired. The range of titles exclusive to the Kinect are very family oriented, which isn't necessarily a bad thing, but it does reduce its appeal to the wider gaming public. Microsoft needs to use the strong technical capabilities of the Kinect and integrate it well into a AAA title, more than just the usual gimmicky voice controls, to make the Kinect a true gamer's peripheral.

With all the negative comments surrounding an always-online console, I think this wish goes without saying. Simply put, the internet infrastructure around the world is not good enough to facilitate an always-online next Xbox at this stage, as any sort of internet drop-out could mean an interrupted single-player experience.

I don't mind non-intrusive DRM, I don't mind an internet connected console for multiplayer or social features, but the console doesn't need to be connected all the time. If Microsoft included an always-online requirement in the next Xbox it would annoy many people, myself included.

Deciding on a price for a new console is never an easy task, as the system must have decent specifications but a price that still makes people want to buy it. For the fully-spec'd, highest end model of the next Xbox I think the maximum price Microsoft can charge is US$500, with a lower-end bundle (think the Xbox 360 Core) costing $100 less. 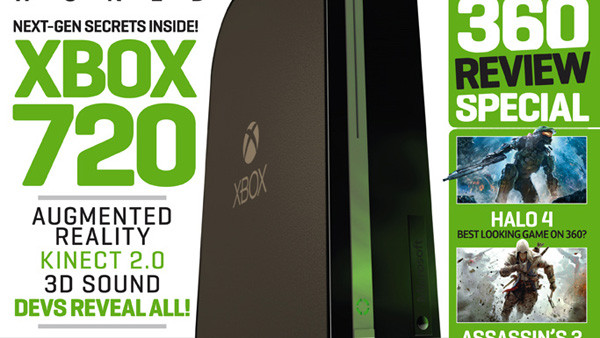 If Microsoft can chop the price down by $100, making the top bundle $400 and entry bundle $300, without causing the system performance to suffer, this would be the ideal price for the next Xbox. As the Wii U is a different sort of system to the (likely) high-powered next Xbox, it's not critical for Microsoft to price-match Nintendo, but a $399 price point would make the console highly appealing to gamers.

There's also rumors floating around that Microsoft may launch a subscription plan for the next Xbox, where the base price is reduced so long as the buyer commits to two-years of Xbox Live Gold. This may be a boon for gamers who enjoy multiplayer gaming, as they'll likely purchase years of Xbox Live anyway to access mutliplayer; these gamers basically get a discount on the console.

If Microsoft offers a subscription next Xbox for around $300 and a full-priced top model console for $400-500, Microsoft may hit the sweet spot for the upcoming next-generation's console pricing.

If you take a look back at the major, exclusive Xbox 360 titles you'll see a common theme: Halo, Forza and Gears of War. While of course it would be nice to see some ramped-up sequels to these games come to the next Xbox, I'd love to see a brand new franchise exclusively come to the next Xbox to seriously bolster the line-up. 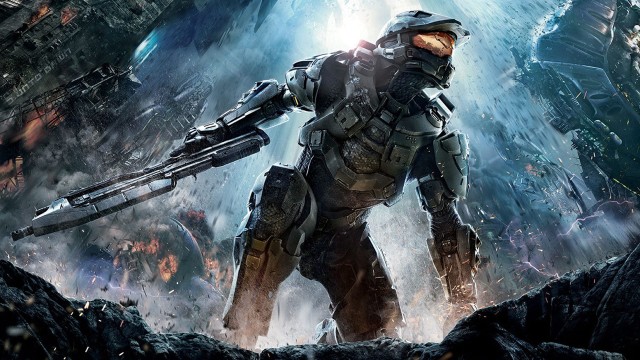 I want to see something other than Halo from Microsoft Studios

This new IP should also be a launch title, so gamers have something to look forward to and enjoy when the time comes to purchase the next Xbox. Also, I don't want to see a mediocre kid-friendly Kinect title that 'the whole family can enjoy'; this new IP should be a serious game for hardcore gamers, but also with enough appeal for it to be a commercial success.

Can Microsoft deliver a new IP for the next Xbox? We'll probably have to wait until E3 2013 to find out.

Design-wise I'd really love to see Microsoft carry across the design ethos of the Surface tablets to the Xbox by including a magnesium 'VaporMg' case, if cost permits. The Surface range are impeccably constructed using very solid, visually appealing materials, so any sort of Xbox constructed in the same way would be the centerpiece of a living room.