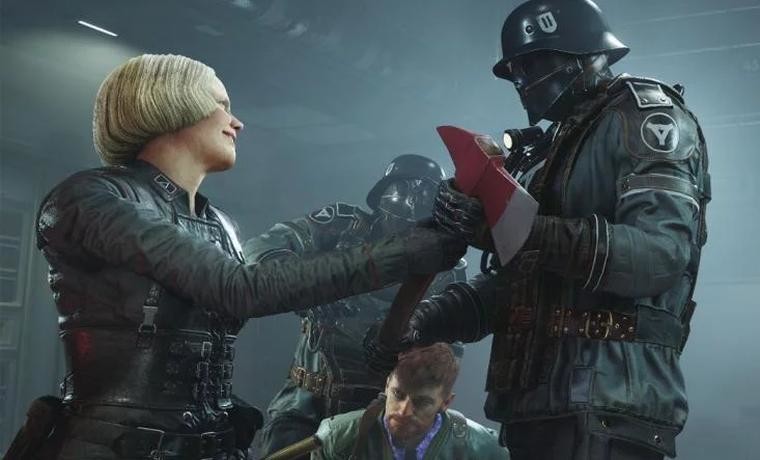 Wolfenstein II: The New Colossus and publisher Bethesda have been having a bit of marketing fun at the expense of the alt-right, despite the fact that the series has always been about killing Nazis and keeping the world safe from their fascism. With the game coming out on October 27, it is probably a good time to make sure your PC is up to the task of making America Nazi-free again.

Developer MachineGames has revealed the minimum and recommended PC specs for the upcoming sequel, as well as offering details on Vulkan support, various anti-aliasing modes and the advanced settings. While both sets of specs require the 64-bit version of Windows 7, 8.1, or 10, a broadband internet connection, 55GB of storage space and a Steam account, here is the nitty-gritty for the processor, RAM, and GPU requirements:

If you are into all the advanced visual setting you can play with, check these out:

Doom had solid success using the Vulkan API, so Bethesda has again chosen it for Wolfenstein II. "Using Vulkan when developing has allowed us to utilize the power of AMD's VEGA graphics chips in ways that were not possible before, giving us fine-grained control over the performance and feature set of the GPU without having to sacrifice artistic intent," the developer said. "Combined with the flexibility of AMD's hardware, Vulkan gives us the artistic freedom to deliver Wolfenstein without compromise."

Players will be happy to know that there will be keyboard and mouse rebinding options, as well as separate sensitivity setting if you prefer a controller or mouse.

Of course, if you are going to play on a PS4 or Xbox One, then none of this applies to you. But if you are considering a playthrough on the PC, we figured you'd want to know.