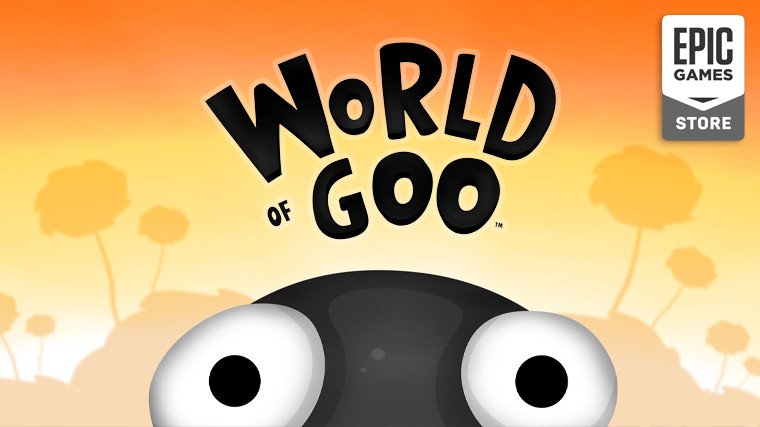 World of Goo is this fortnight's free game at the Epic Games Store, taking the place of Transistor.

Originally released in 2008 – more than a decade, now – the game is a physics-based puzzle title featuring 48 levels split into five chapters, with players tasked to the goal of getting a certain number of goo balls through the exit. In order to do this, the players must use those very goo balls to create a structure – usually a tower or bridge – and get to the exit.

As the title is almost a decade old, a few issues have plagued it on modern computers. Just last week, however, the developers did some "gentle remastering" with a brand-new patch introducing support for modern high-resolution displays, 16:9 aspect ratio, and several graphical and UI improvements. Some of the art was also modified as it didn't scale very well for larger higher resolution displays, though, there's an option to stick with the old unmodified artwork for those who so wish. Additionally, assets and save files are no longer encrypted, which should open up the potential for modding, and a few more configuration variables are now modifiable as well.

It's a simple idea, but the game has received love from players and critics alike for its art, gameplay, and music. Most notably, it won the 'Best Independent Game' category at the 2010 Spike TV Video Game Awards. Here's how the Epic Games Store describes the title:

Beautiful and surprising, the millions of Goo Balls who live in the World of Goo are curious to explore - but they don't know that they are in a game, or that they are extremely delicious.

Welcome to the multiple "Game of The Year" award-winning puzzle game - World of Goo. Drag and drop living globs of goo to build structures, bridges, cannonballs, zeppelins, and giant tongues.

Epic Games Store is offering the title at no cost for the next two weeks for players on Windows and macOS. It is worth noting, however, that the game is also available for Linux on Steam, where it is priced at $9.99. Here are the minimum requirements for the game:

If you wish to claim World of Goo, here’s its store page. It will be free to claim until May 16, which is when Epic will put on offer Stories Untold for its next giveaway.