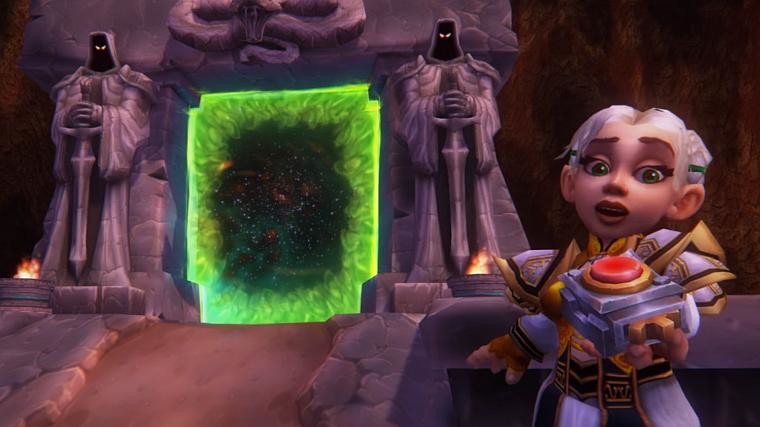 In response to a growing segment of fans who miss the old days of vanilla World of Warcraft, Blizzard has heard their call and has announced World of Warcraft Classic today at BlizzCon 2017.

Not much has been revealed yet other than the trailer showing Chromie rolling back time through all the old expansion cinematics. It does seem that players will get the option of the original WoW, likely remastered, but just how much will carry over in terms of backend, UI and new vs. old customization remains to be seen.

Blizzard has consistently pushed back on fan-created vanilla WoW servers. In April of last year, it shut down the private Nostalrius server, and earlier this year, did the same to the popular Felmyst server. It now appears they were so strict because they had their own game in the works.