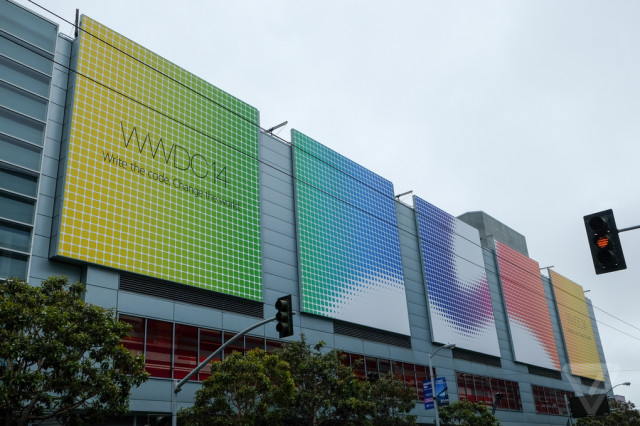 Apple's Worldwide Developer Conference (WWDC) begins on June 2nd with a keynote speech from Tim Cook and other Apple executives showing off what Apple has been working on. The rumor mill has spun into action over the past months with various leaks pointing at a wide range of new products - both hardware and software - from Apple. While it is unlikely we'll see a new iPhone or iPad on Monday, other products are likely to be unveiled. Here is the run down.

OS X 10.9 Mavericks introduced a range of refinements from OS X 10.8 Mountain Lion, and previous 10.7 Lion, but mainly focused on under the hood tweaks as opposed to visual changes seen by the everyday user. According to various reports, Apple is going to change this with OS X 10.10 (which could be codenamed Yosemite), introducing sweeping visual changes that are similar to those in iOS 7.

Just like iOS 7, OS X 10.10 will gain a "flatter" design with sharper window edges and a generally cleaner look. Despite these visual tweaks, iOS and OS X will remain distinct operating systems as merging the two is a "non-goal" for Apple according to Phil Schiller. It is not immediately obvious which features will be introduced in OS X 10.10 but iOS 7 seems like a good place to start when speculating. 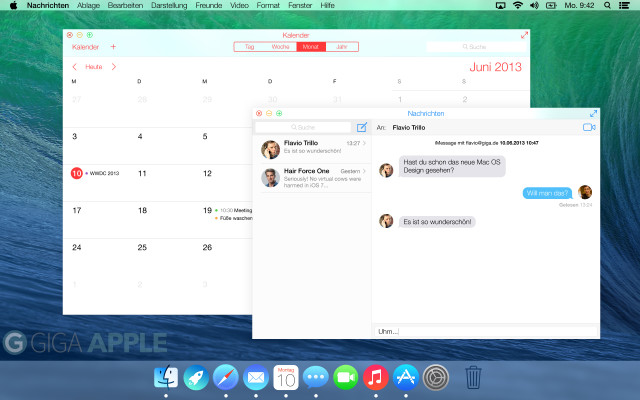 9to5Mac are speculating that Apple could introduce a Control Centre-style panel for OS X allowing users to control options such as WiFi or Bluetooth without having to go into settings. Apple has made big pushes towards trackpad gestures - even introducing a trackpad for desktops - so it wouldn't be unreasonable to assume the Control Centre panel could be accessed via a gesture, just as it is on iOS.

Apple could also bring Siri to OS X. Apple's desktops and laptops currently have voice dictation, similar to iOS, but nothing comparable to Siri which has been rumored to be making the jump between iOS and OS X for some time. AirDrop, a feature originally found on Macs, was introduced to iOS last year but the two versions are not compatible meaning that files cannot be shared between a Mac and an iPad. Apple has long believed in synergy between their products - one of the original reasons to buy a Mac was to use an iPod - and AirDrop seems like a good place to start. 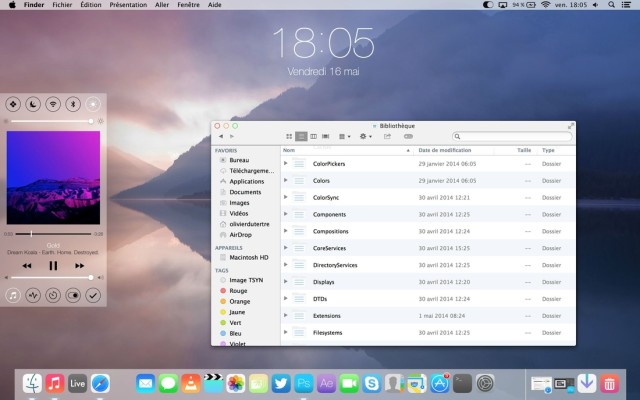 Updates to the iLife and iWork suites are likely in the works, especially if OS X debuts with an updated "flat" design. It is unclear if Apple will have them ready for WWDC, though. Developers will likely be rushing to update their apps to conform to the OS X redesign and it will be interesting to see how OS X deals with apps made for 10.9 and earlier.

9to5Mac has prolifically leaked details of what to expect in iOS 8 (codenamed "Okemo"). In terms of visual design, very little is expected to change; iOS 7 was a huge departure from the design ideas in iOS 6 and Apple will likely stick to those in iOS 8. That being said, iOS 8 will tweak various design elements of iOS 7 to make them more user friendly. Apps such as Voice Memos have received negative reviews from users who claim the redesign made the app too confusing to use, something Apple will change.

According to various reports, one of the center pieces of iOS 8 will be Healthbook, a fitness app designed by Apple, which tracks weight loss, medications and other health-related metrics. 9to5Mac has a good rundown of the features within Healthbook including screenshots from the app. Apple's move into fitness could potentially tie in with their much-rumored smart watch, delivering statistics from your wrist to your iPhone. 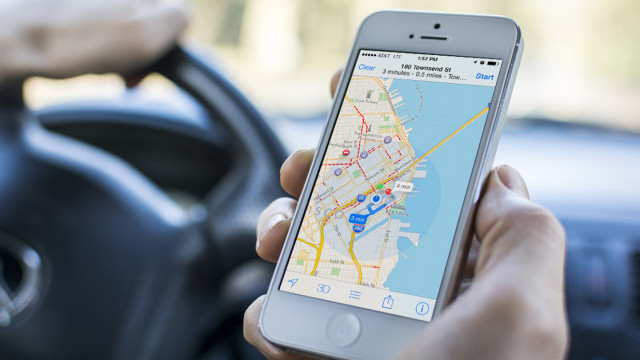 Apple Maps will also receive under-the-hood improvements. Apple received a lot of negative PR when it removed Google Maps from the iPhone (it later came back as a third party app) and has been working tirelessly since to make Apple Maps as good as Google Maps. Apple hired various engineers over the past year which could point to transit directions being introduced within Apple Maps, filling yet another hole.

iTunes Radio, Apple's answer to Pandora, will also become a standalone app, according to reports. Previously the app has been 'hidden' within other apps and moving it to a more prominent position will increase usage and engagement. Apple recently acquired Beats Music, the streaming service associated with Beats headphones, and the engineering know how and technology from this service could be put to use in iTunes Radio. The functionality of iTunes Radio will remain the same, offering users the ability to purchase tracks, locate Featured Radios and so on. 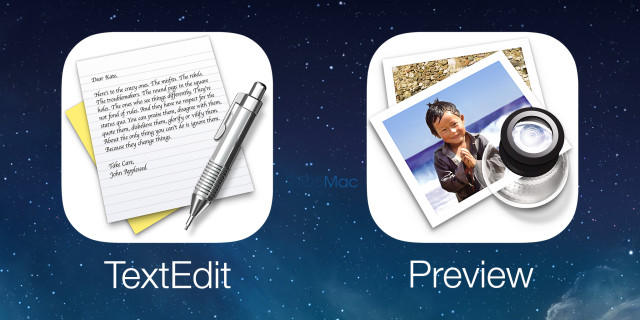 Apple is also rumored to be developing versions of TextEdit and Preview for iOS. Both apps have previously been OS X-only and the iOS counterparts will be able to view, but not edit, documents made in the OS X versions. Documents stored in iCloud will be available to these applications and increase the synergy between the two operating systems.

Windows 8-style multitasking could also be brought to the iPad in iOS 8, meaning that apps can run side-by-side increasing productivity. Previously, iOS has only showed one app at a time meaning the experience is very simple. A departure from this could be seen as Apple conceding that iOS is currently not able to perform as well as Windows 8 tablets when it comes to content creation. A caveat does apply, though, with Brain X Chen, a New York Times tech reporter, claiming that split-screen multitasking is a "work in progress" and likely will not be shown at WWDC. 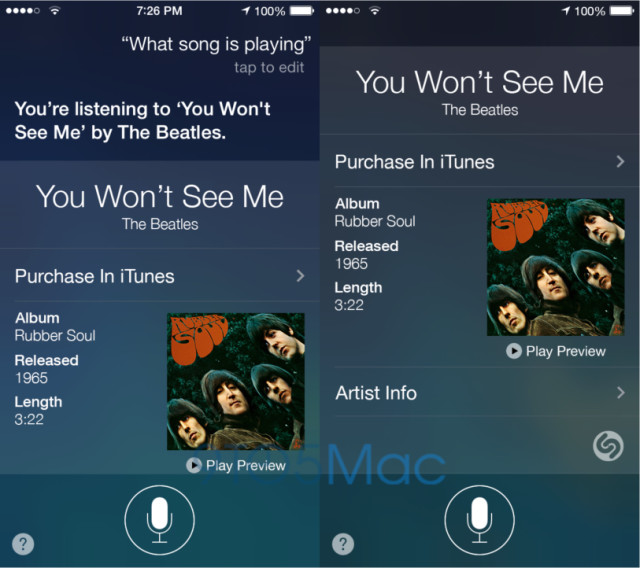 Other updates in iOS 8 could include Shazam integration into Siri enabling users to identify songs just by holding the home button (as opposed to navigating to the Shazam app), a new feature for iPad that allows it to be used as a second display for OS X computers (similar to AirDisplay), simplification of the Notification Centre and an expansion of iOS in the home, allowing users to control certain aspects of their home (such as heating or lights) via their iPhone. 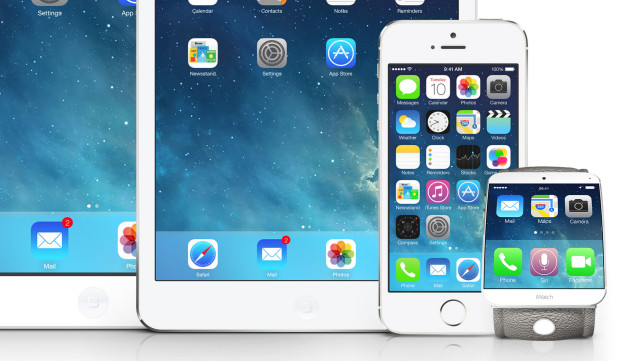 WWDC is predominantly an event for software and developers, but Apple does occasionally announce new hardware during the keynote. Various rumors have been flying around regarding Mac hardware with possible upgrades to the MacBook Air, including a Retina display (shrunk down to 12-inches), no fan, slimmer design and an "enhanced" trackpad. Apple could split the iMac line into Retina and non-Retina - just as they've done for the MacBook Pro line - introducing a lower-cost iMac alongside a Retina version. The Mac Minis could also be updated with a faster processor, possibly Intel's new Haswell chips, with the MacBook Pro range getting similar treatment.

In terms of iOS devices, the iWatch could potentially be shown at WWDC along with a larger iPad with a 12-inch display with a Surface-like keyboard, and a new ARM-based MacBook. It is unclear if any of these devices will be shown at WWDC, but all will be revealed on Monday.

Updates to both iOS and OS X seem the most likely candidates for WWDC with possible introduction of new hardware alongside. Neowin will be providing coverage of the event which starts on Monday, June 2nd at 10AM Pacific, 1PM Eastern, 6PM BST.

Images via The Verge, 9to5Mac, ReadWrite