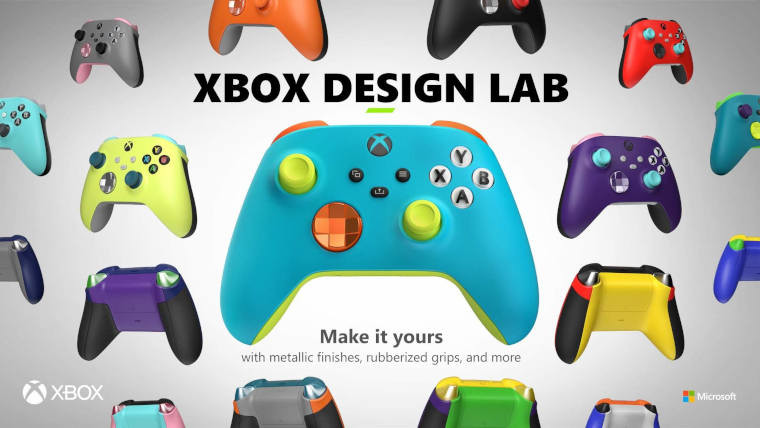 Microsoft has announced that its Xbox Design Lab has introduced new customisation options for Xbox controllers. Some of the new options that users can choose include rubber grips, metallic finishes for the D-Pads and Triggers as well as new colour options for controller parts. Additionally, Forza Horizon 5, The Elder Scrolls V: Skyrim Anniversary Edition, Riders Republic and Battlefield 2042 each get their own ‘Inspired by’ controllers.

For those looking to buy a personalised controller, pricing will start at $69.99 but pricing could go up depending on the customisations you pick. Each of the controllers are made to order so the item could take three to four weeks until it arrives at your doorstep.

In addition to the new grips and metallic finishes, Microsoft has made new controller part colours available too. These include Dragonfly Blue, Nocturnal Green and Velocity Green. Nocturnal Green was originally Military Green but it has been updated to provide a richer earth colour. Velocity Green was originally Electric Green but the update brings the colour in line with the green used in Xbox branding.

To learn more about these controllers head on over to the Xbox Design Lab.