Just before Microsoft launched the Xbox One in November, there was a lot of Internet debate and chatter over the fact that many games made for the console would run natively at 720p. They included titles like Call of Duty Ghosts and Battlefield 4, both of which could run at 1080p resolution natively on Sony's PlayStation 4. 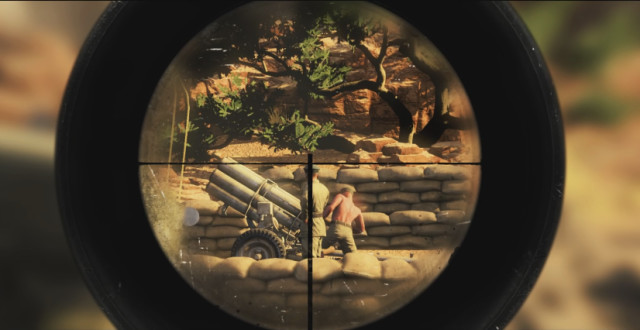 Rebellion's Sniper Elite 3 is due out in 2014 for the Xbox One and other platforms.

Now one developer claims that Microsoft will soon release an updated SDK that should solve this display difference among games made for both the Xbox One and PS4. Rebellion Games’ Jean-Baptiste Bolcato, a Senior Producer on the upcoming WWII shooter Sniper Elite 3, states;

They (Microsoft) are releasing a new SDK that’s much faster and we will be comfortably running at 1080p on Xbox One. We were worried six months ago and we are not anymore, it’s got better and they are quite comparable machines.

So why is it so hard to get 1080p resolutions on Xbox One games at the moment? Bolcato claims that Microsoft's decision to add 32 MB of eSRAM, in addition to its 8GB of DDR3 RAM, is the main issue. He states that the amount of eSRAM is just too small to support 1080p. He adds:

It’s such a small size within there that we can’t do everything in 1080p with that little buffer of super-fast RAM. It means you have to do it in chunks or using tricks, tiling it and so on.

However, it would appear that Microsoft will do something to allow developers to go over this hardware hurdle with the eSRAM with the improvements made for the SDK. Bolcato seems confident that the Xbox One "is gonna catch up" to the PS4 in terms of hardware power in the months to come.

And these improvements might actually come sooner rather than later. Microsoft's upcoming Xbox One update, due later on today, will include changes to the SDK. It's not clear if these changes are the ones mentioned here but we may be enjoying higher resolution games in the near future.