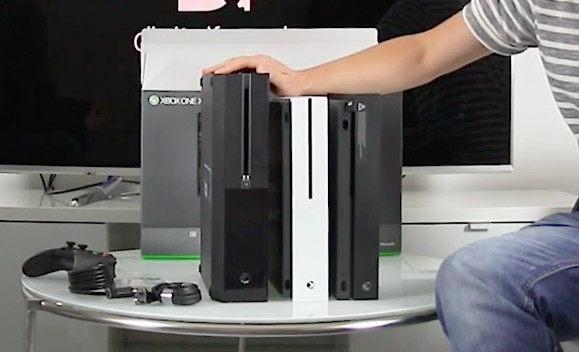 After more than a year of teasing, we are in the final stretch before the release of the Xbox One X. In two weeks time, Microsoft will release the console to retail, giving anxious gamers something new and more powerful. Before that occurs, you might want to get a sneak peek at the retail packaging with a detailed unboxing.

DigitalFoundry has managed to snag a retail version of the Xbox One X standard edition. The box is relatively clean, with a prominent image of the console sporting a matte gray finish ﻿on the front.

Inside the box, users will first see a few leaflets like the product guide, and ones for Xbox Live Gold and Xbox Game Pass. On the side, inside in a separate box, there will be an Xbox One controller, batteries, HDMI cable, and a two-prong power cable. As you might guess, the console is also inside the box, wrapped in a thin foam sheet and looks as good as it does in promotional images and videos.

While the unboxing part isn't all that exciting, the comparisons to other gaming consoles are probably the highlight. In the video, we get a good look at the Xbox One X next to the Xbox One S. We also get a look at how the newer console compares the original Xbox One. Lastly, there is the comparison of the Xbox One X with Sony's PlayStation 4 Pro. The Xbox One X is currently available to pre-order from various retailers and will arrive on November 7.

We will be posting our own unboxing later on today, so stay tuned!