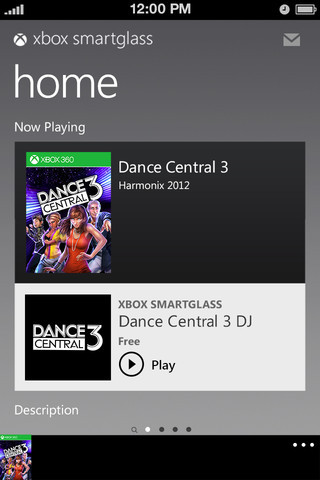 Less than two weeks ago, Microsoft released the first version of its Xbox SmartGlass app for Windows 8 and also for Android devices. Microsoft promised at the time that the app would be coming to iOS devices and today, that promise was fulfilled.

The iOS App Store now shows that Microsoft's Xbox SmartGlass app is available for download for Apple's iPad, iPhone and iPod Touch devices. As with the Android port, this new iOS app replaces the previously released My Xbox Live app for iOS products.

This new app will allow iOS users to gain direct remote control of their Xbox 360 game console. That includes typing in URLs for the console's new Internet Explorer feature, along with pausing, playing and more functions for the video player. It will also let users change their Xbox Live avatar, search through the Xbox 360's library of music, video and games and lots more.

Windows Phone 8 devices will have a version of Xbox SmartGlass as well, and we suspect it will be ready by the time the first devices with Microsoft's mobile OS are ready to go on sale in the US later this week, via AT&T.