At its event in Beijing today, Xiaomi has announced its latest flagship device called the Mi MIX 3. The company aims to set the phone apart from the competition by introducing what it describes as the "ultimate full-screen display", meaning it ditches the increasingly included notch altogether.

The Mi MIX 3 sports a 6.39-inch AMOLED FHD+ display with 2340x1080 resolution and 19:5:9 aspect ratio, which translates to a 93.4% screen-to-body ratio. Given those adjustments, its chin has been reduced by 4.46mm compared with the Mi MIX 2, Xiaomi claims, while the antenna space has been minimized by 72%.

Xiaomi has also equipped the phone with a magnetic slider design, which was rumored last month. It allows users to activate and pull up the front-facing camera by sliding down the screen. That means the selfie snapper is hidden most of the time when not in use.

Speaking of the front shooter, Xiaomi also adds several improvements to it including the ability to take selfie photos by sliding as an alternative to tapping the shutter. The sliding gestures also allow users to answer calls and open the shortcuts drawer.

In terms of camera specs, the phone boasts an AI dual camera setup on the rear with a 12MP wide-angle lens and a Sony IMX363 sensor which are set alongside a 12MP telephoto lens featuring Samsung's S5K3M3+ sensor. On the other hand, the front camera with Selfie-light has a 24MP main lens coupled with a secondary 2MP lens. The phone also features a 960 fps slow-motion video capability
.

In addition, the Mi MIX 3 introduces a steady handheld night photography feature which lets users take photos at night or in low light environments without compromising the image quality in terms of exposure and sharpness.

Under the hood, the phone is powered by Qualcomm's Snapdragon 845 processor paired with either 6GB, 8GB, or a generous 10GB of RAM, as previously rumored. However, that massive RAM will only be available in the "Forbidden City Palace Museum" edition of the phone. Meanwhile, the 5G version of the phone is set for launch in the first quarter of next year. It's also bundled with a 10W wireless supercharger which Xiaomi claims is 30% faster than the previous version. 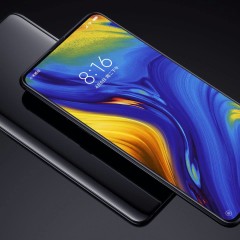 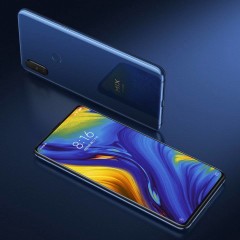 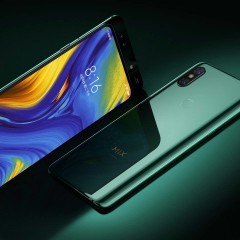