Xiaomi today launched the Mi Note 10, Redmi Note 8T, and the 55-inch Mi TV 4S at an event in Madrid, Spain. The Mi Note 10 and Redmi Note 8T will go on sale in Spain from this week itself and their availability will expand to parts of Europe over the next few weeks.

The Mi Note 10 is essentially the European version of the Mi CC9 Pro. The highlight of the phone is its 108MP Penta-camera system which offers up to 50x digital zoom. The phone also features a 6.47-inch FHD+ Arc AMOLED display, 6/8GB RAM, an octa-core Snapdragon 730G chipset, and a massive 5,260mAh battery with 30W fast charging support.

The Mi Note 10 also marks the debut of Night mode 2.0 in which the camera does multi-frame noise reduction at a raw level for improved dynamic range, details, and brightness. 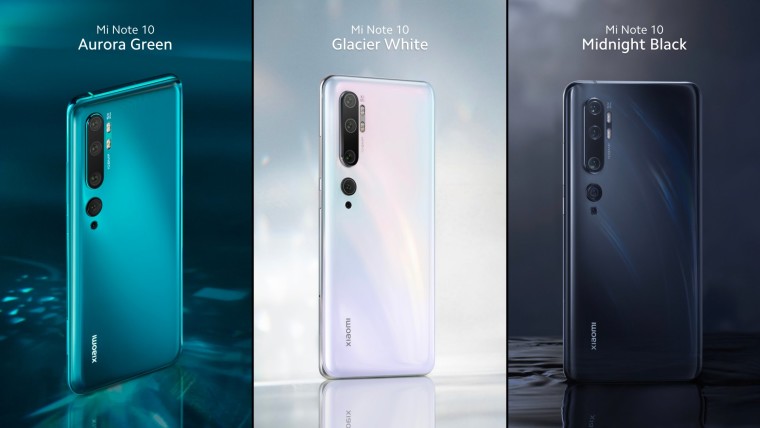 There's also the Mi Note 10 Pro which features an 8P lens for the 108MP rear camera and comes with more RAM (8GB) and storage (256GB). Since the Mi Note 10 is a rebranded Mi CC9 Pro for Europe, you can read more about it here.

The Mi Note 10 runs on MIUI 11 which features a revamped UI, new system sounds, Mi Share, Dark mode, and more. It is, however, still based on Android 9.0 Pie.

The Mi Note 10 will go on sale in Germany from November 11 followed by Spain and Italy on November 15. After this, Xiaomi will expand the phone's availability to France, the United Kingdom, and Benelux. Pricing for the Mi Note 10 starts from €549. 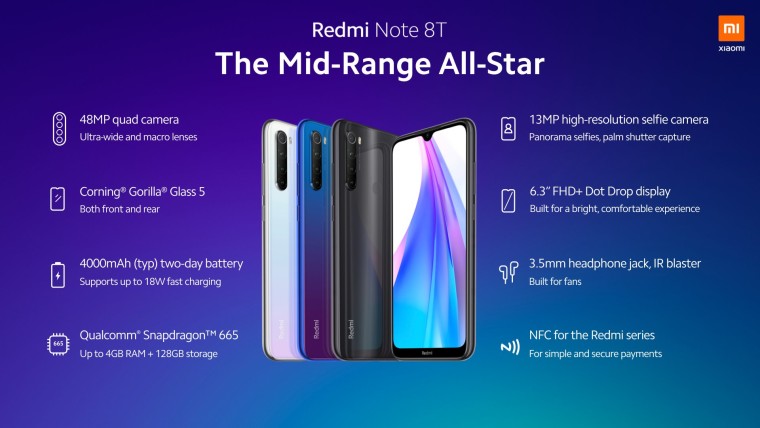 Alongside the Mi Note 10, Xiaomi also announced the Redmi Note 8T. It is basically a rebranded Redmi Note 8 which Xiaomi sells in India.

The Redmi Note 8T features a quad-camera setup which includes a 48MP primary shooter and an 8MP ultra-wide angle camera. It also packs a 4,000mAh battery and supports 18W fast charging. This time around, Xiaomi is also bundling the 18W fast charger in the box.

Below are the full specs of the Redmi Note 8T:

The Redmi Note 8T goes on sale on November 8 in Spain and Italy. This will be followed by France and Germany next week after which Xiaomi will work on further expanding the availability of the phone in other parts of Europe.

The 4GB/64GB variant of the phone is priced at €199, though Xiaomi will also launch a cheaper 3GB/32GB variant for €179 at a later date. A 128GB variant will also be released after a few weeks. 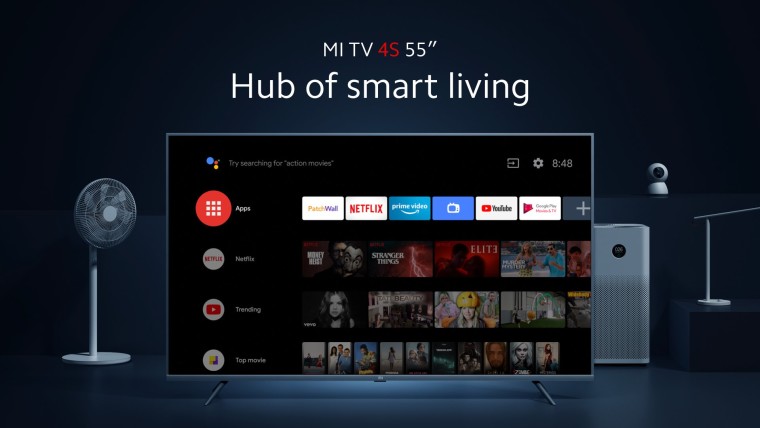 Apart from the two phones, Xiaomi also launched the Mi TV 4S 55" with a slim frame and metal design. The TV features a 55-inch 4K HDR panel and runs on Android TV 9.0.

It is powered by a MediaTek quad-core processor which is paired with 2GB RAM and 8GB storage. It features 3x USB ports, 3x HDMI ports, and 5GHz Wi-Fi connectivity. Other key features include a voice remote control with a dedicated Google Assistant button, dual 10W speakers with Dolby and DTS HD audio support.

On the content front, the Mi TV 4S has support for Netflix, Prime Video, YouTube, and more. Being an Android TV, it has access to the Play Store so one can download more apps and games from there.

The Mi TV 4S 55-inch will carry a price tag of €449. It will go for pre-sale in Spain on November 25th and launch on December 2nd during which it can be purchased for €399. The TV will launch in France next year.