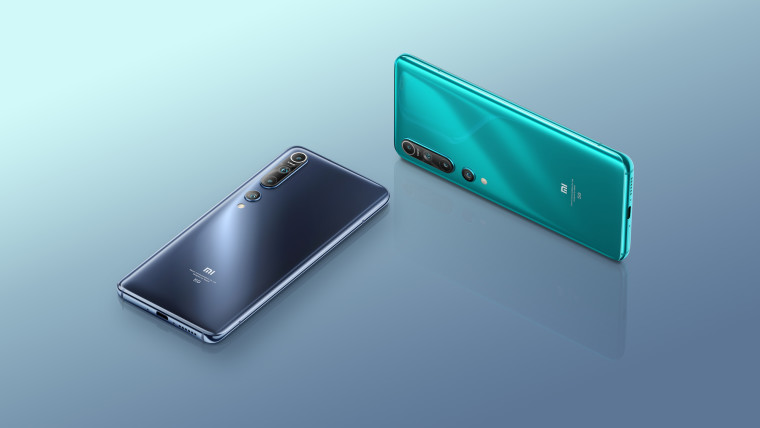 Xiaomi today launched the Mi 10 in India. Despite being the number one smartphone OEM in the country, this is Xiaomi's first flagship smartphone launch in India in quite a few years. The Mi 10 was launched by the company in China in February and its Indian launch was delayed by over a month due to the COVID-19 pandemic that forced the Indian government to lockdown the entire country.

The Mi 10 sports a 6.67-inch FHD+ 3D Curved E3 AMOLED display panel with 90Hz refresh rate, 180Hz sampling rate, and HDR support. It has a peak brightness of 1120 nits and has a 'micro' punch-hole on the top-left corner for the selfie camera. 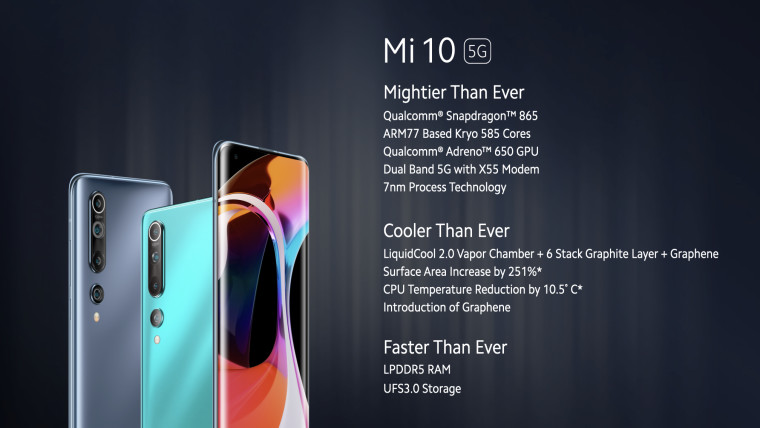 Inside the Mi 10 is Qualcomm's Snapdragon 865 chipset and Xiaomi is using LiquidCool 2.0 chamber along with a Graphene Cooling system to cool the device. Other specs include 8GB of LPDDR5 RAM, 128/256GB of UFS 3.0 storage, an in-display fingerprint scanner, face unlock, and stereo speakers. All this is powered by a 4780mAh battery, with the device supporting 30W wired as well as wireless charging. It also has 10W reverse wireless charging support.

The quad-camera of the Mi 10 is one of its key highlights. It features a 108MP primary camera with 1/1.33-inch large sensor, OIS, and f/1.69 aperture. This is paired with a 13MP ultra-wide angle shooter with an f/2.4 aperture, and a 2MP depth sensor and macro sensor. There's also a flicker sensor to reduce flickering while recording videos. The device can record 4K videos at up to 60fps and 8K videos at up 30fps. At the front, there's a 20MP selfie camera with an f/2.3 aperture.

Out of the box, the Mi 10 will run on Android 10 with MIUI 11. It will not have any kind of ads and most of the bloatware will also be removed from it.

Xiaomi has priced the Mi 10 pretty aggressively in India. The base variant of the device with 8GB RAM and 128GB storage will retail for Rs 49,999 ($650), while the 256GB variant is priced at Rs 54,999 ($720). The device goes on pre-order in the country from today itself. As a launch offer, Xiaomi is bundling a 10,000mAh wireless power bank with the device as well. The device will go on sale from May 17th in the country.