Around three months ago, I finally gave up on Windows Phone - largely because of the app situation and the general uncertainty regarding Microsoft's mobile strategy - and bought my first Android device. Google's smartphone OS opened my eyes to a wide array of apps and games, but perhaps, the one relatively new category that really intrigued me was virtual reality (VR), probably because the Windows Store itself offers very slim pickings in the area.

With that in mind, I set off to purchase my first VR headset to finally experience virtual reality on a smartphone. Initially, I had planned to purchase Google's own Cardboard headset, but when I entered the local store in my area, the one thing that really caught my eye was the Xiaomi Mi VR Play on display. 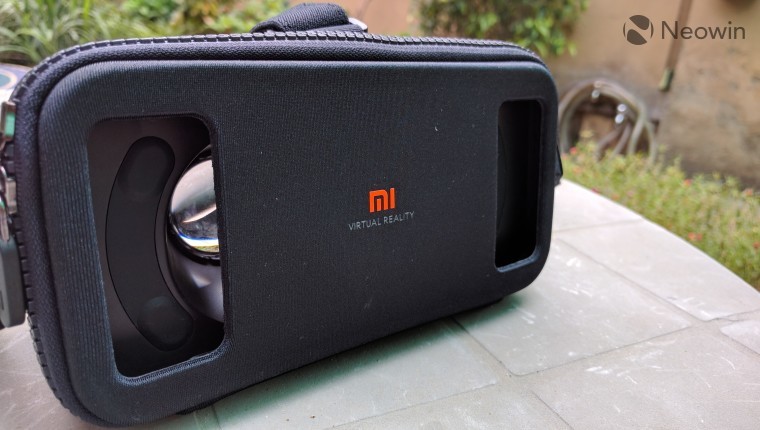 The headset looked like a premium product from the get go, especially in comparison to Google Cardboard. Unfortunately, the store didn't allow me to test either of the devices, and after around 15 minutes of careful consideration, I walked out of the store with the PKR 2,200 (~20 USD) Xiaomi Mi VR Play - which is a tad bit pricier than the Cardboard.

The VR Play comes in a mysterious-looking rectangular black cardboard box with something written in Chinese in bright red color in front of it. Google translates these words to "book to explore", although I'm not entirely sure that this translation is accurate. On the back of this box is a list of included devices, the address of the Chinese company and standard instructions for use. More importantly, it also notes that the Mi VR Play is only compatible with Android devices running Android 4.4 or higher and having a display size of 4.7-5.5 inches. The box is sealed with a plastic sticker on the top which is fairly easy to remove. 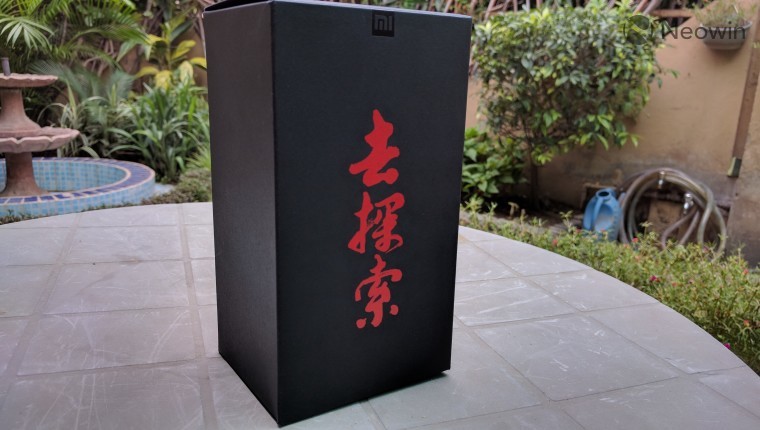 There is no fancy packaging of the device itself in the box, which is quite understandable given the low price of the headset. The Mi VR Play is stowed vertically in the box next to a folded piece of cardboard (no pun intended).

This cardboard contains a three-way strap that is required to support the VR headset firmly on the head and to hold it securely, so that it doesn't get displaced when the wearer moves their head. Additionally, this piece of cardboard has instructions written (once again in Chinese) on its side regarding the placement of the phone inside the headset as well. It also contains the QR code required to download Xiaomi's dedicated VR app, which provides access to 360-degree content on various Chinese websites, including Youku and iQiyi, among others. 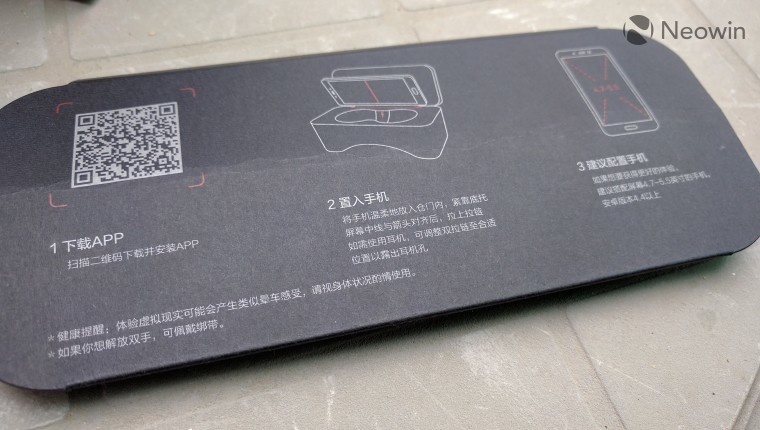 Unfortunately, the headset is not accompanied by a QR code, that is required to pair it with Google's Cardboard app on your Android device. However, there's no need to be alarmed, the code can easily be searched for on third-party websites, and then scanned, so that it works perfectly well with the Cardboard app, as well as other VR apps. That said, it would have been neat to include the QR code inside the box by default.

Moving on to the Xiaomi Mi VR Play itself, the headset feels very premium in the hand, despite its low price. It's made out of lightweight Lycra - also known as Spandex - which means that the wearable is extremely easy to hold. Blue plastic is wrapped on both sides of the Play's lenses, which have to be removed before wearing it. The lenses themselves are anti-reflective and boast a tolerance level of 0.01mm.

The three-way strap found in the box has to be manually inserted into the designated slots in order to comfortably move your head without continually needing to adjust the position of the headset. The tightness of this strap can be adjusted depending upon the size of the user's head. 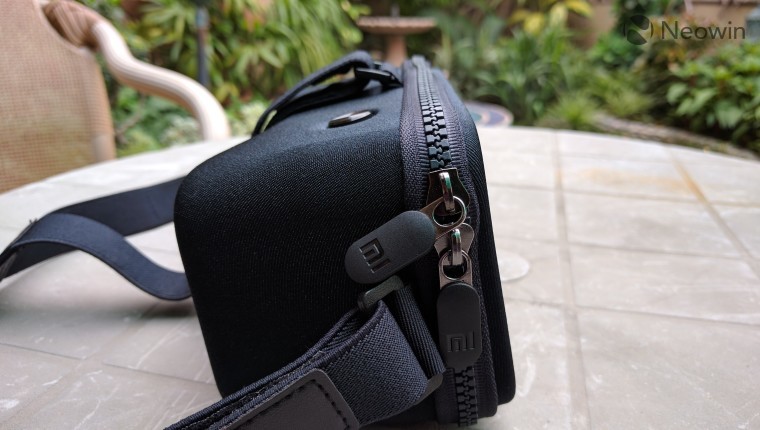 The headset follows a dual-zipper design to hold the phone securely. The wearable is opened from the front and the smartphone is inserted, thick foam padding on the inside grips the handset firmly and ensures that it doesn't slip during wear. The two zippers are then sealed to hold the handset securely during wear. 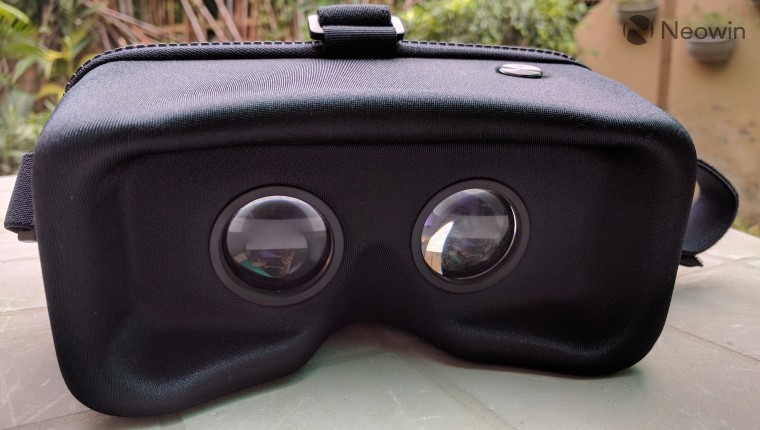 On the exterior of the Play, there are two open slots in the front of the headset, likely present for the dissipation of excess heat. There is also a textured button at the top, which is required for navigation. The place where the head has to be inserted is very spacious, so much so, that almost anyone who uses spectacles can wear the headset, without removing them.

All in all, Xiaomi's Mi VR Play looks like a fantastic device so far - especially in terms of build quality - and I'm eager to test it over the next few days. Look out for a review over the weekend!

If you would like to purchase the Xiaomi Mi VR Play, you can head over to TOMTOP to get the wearable, currently priced at $15.80.